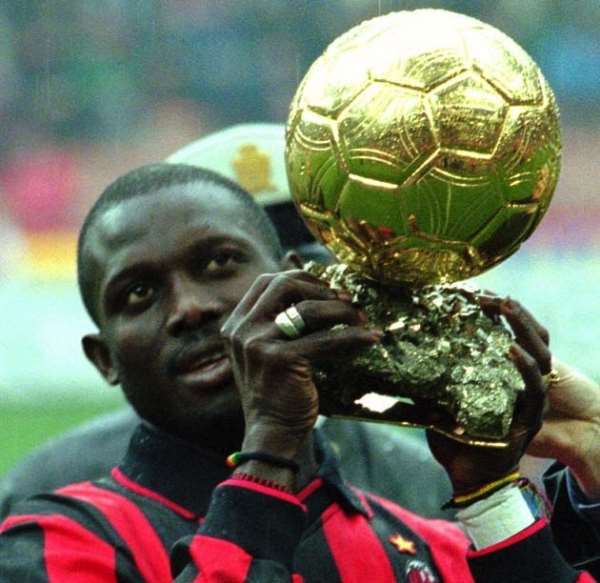 Africa has produced some of the most spectacular footballers the world has seen, including Nigeria’s Nwankwo Kanu, Ivory Coast’s Didier Drogba, Ghana’s Abedi ‘Pele’ Ayew, and Cameroon’s Samuel Eto’o Fils.

However, Okocha is convinced that Liberian legend Weah was by some distance better than every African star before or after him.

In an interview on Egyptian TV (via AS), the former Paris St. Germaine midfielder explained that Weah sets himself apart by winning the Best Player in the World award – Africa’s sole recipient till date – and serving as an inspiration to all African players.

Weah, currently serving as the 25th President of Liberia, spent 14 years playing for clubs in France, Italy, and England.

The former number nine won the Ligue 1 with PSG in 1994 and finished the 1994-95 UEFA Champions League season as its top scorer.

Weah’s exploits earned him the 1995 FIFA Footballer of the Year award, to add to his three African best player awards.

Okocha, though, was the captain of the Super Eagles side that stopped Liberia from making it to the 2002 FIFA World Cup hosted by South Korea and Japan.