U-20 Afcon: Our objective is to win win the trophy - Black Satellites midfielder Abdul Fatawu Issahaku 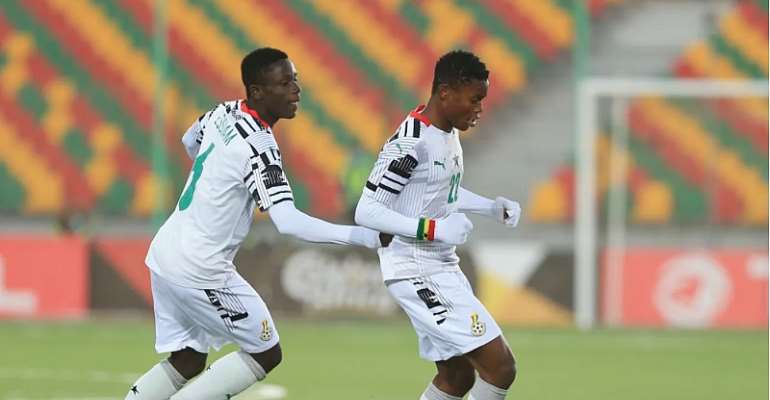 Ghana midfielder Abdul Fatawu Issahaku said the Black Satellites’ main objective at the U-20 Total Africa Cup of Nations, Mauritania 2021 is to win the trophy and bring back the love to Ghana.

The Black Satellites finished Group C in third place but qualified to the quarterfinals as one of the best two third-placed teams.

However, on Thursday, the team stunned Cameroon 4-2 in penalty shootout to book a place in the semifinals.

The 16-year-old midfielder started all Ghana’s group matches, scoring twice against Tanzania and Gambia. He introduced himself with a stunning goal against Tanzania on his tournament debut.

“It is not a new thing to me, I always do it. I always watch the goalkeeper whenever we’re playing anytime the goalkeeper makes a mistake to come out, I put it behind him,” noted Fatawu.

“Before the game my coach called me and talked me, he said he believes in me and I can do more than what I used to do so I have to just try and play all out. When I was going to the stadium I made my mind and said I was going all out and play for Ghana too, that made me perform.”

The clinical dynamite who’s liken to Black Stars legend and former African Player of the Year Abedi Pele was only drafted into the Satellites squad after they qualified for the tournament.

Abdul was with the Black Starlets in Togo for the Total Africa U-17 Cup of Nations, Morocco 2021 WAFU B qualifying tournament.

The soft-spoken but efficient youngster couldn’t hide excitement to be included in the U-20s squad.

“I was so happy and it is so amazing to be part of the team, because I just went to the WAFU B U-17 tournament in Togo after the tournament I was promoted to the Black Satellites,” he told CAFOnline with a broad smile.

“At the U-17s I was among the big boys but here, I’m one of the youngest players,” the Black Starlets skipper added.

The diminutive attacking midfielder operates behind the two strikers but can also play across the field as he told CAFOnline.

“I’m mostly played just in front of the midfielders but I can play across the front positions.

“Whatever the coach wants I will do it for him because he’s the coach so wherever he wants to plays me I will play there.”