Highlights: Ghana through to U-20 AFCON semi-finals after beating Cameroon on penalties 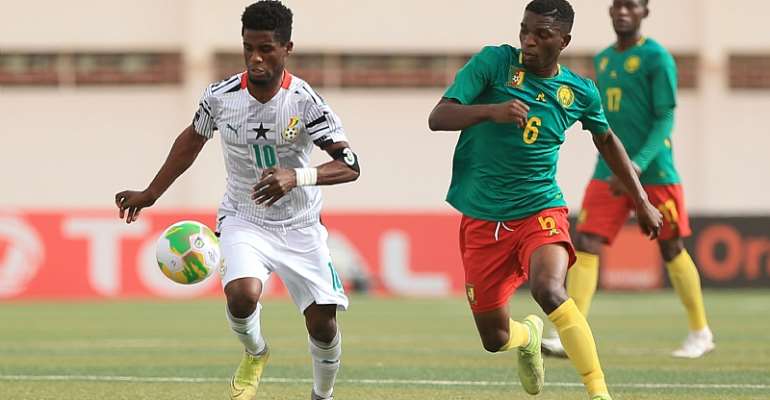 The Ghana U-20 team has sailed through to the semi-finals of the 2021 Total CAF U-20 Africa Cup of Nations (AFCON) tournament after beating the Cameroon U-20 team 4-2 on penalties.

The Black Satellites on Thursday afternoon played against the Young Indomitable Lions in the quarter-finals of the tournament being staged in Mauritania.

In the tough encounter that ensued between the two giants of African football, neither side could score and had to proceed to extra time.

With an impressive display from Cameroon, the team took the lead through Kevin-Prince Milla who powered home his header in the 103rd minute after connecting to a well-taken corner kick from Etienne Eto’o.

Shortly after, Frank Boateng latched onto a pass from Afriyie Barnieh to score with a clever finish to draw Ghana level.

Inseparable at the end of the extra time, Ghana excelled in the penalty shootout to win 4-2 against a Cameroonian side that progressed from the Group stage unbeaten.

Watch highlights of the Black Satellites victory below:

Galamsey fight: After benefitting, you want us to dialogue –...
11 minutes ago

Its misplaced to criticise judge who sentenced Akuapem Poloo...
20 minutes ago