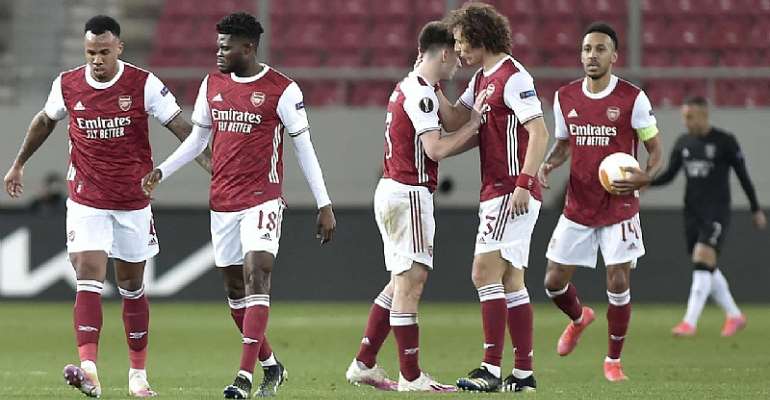 Thomas Partey displayed good form on Thursday night when he climbed off the bench to feature in the team’s 3-2 win against Benfica in the Uefa Europa League.

The combative midfielder prior to today’s game at the Karaiskaki Stadium had missed a number of games as a result of an injury setback.

Now back to full fitness, the Ghana international earned a place on the Arsenal matchday squad but missed out on a starting role.

In the second half when the Gunners were trailing 2-1, Mikel Arteta introduced Thomas Partey to replace Spanish midfielder, Dani Ceballos.

Going on to play the final 27 minutes of the match, the Black Stars asset added the needed quality to the home team as he fuelled the midfield to push the team to turn things around.

Goals from Kieran Tierney and Pierre-Emerick Aubameyang in the 67th and 87th minute respectively saved Arsenal on the day to see them recover to beat Benfica 3-2 at the end of the match.

For his impressive performance, Thomas Partey earned a rating of 7.0 according to detailed statistics from SofaScore. 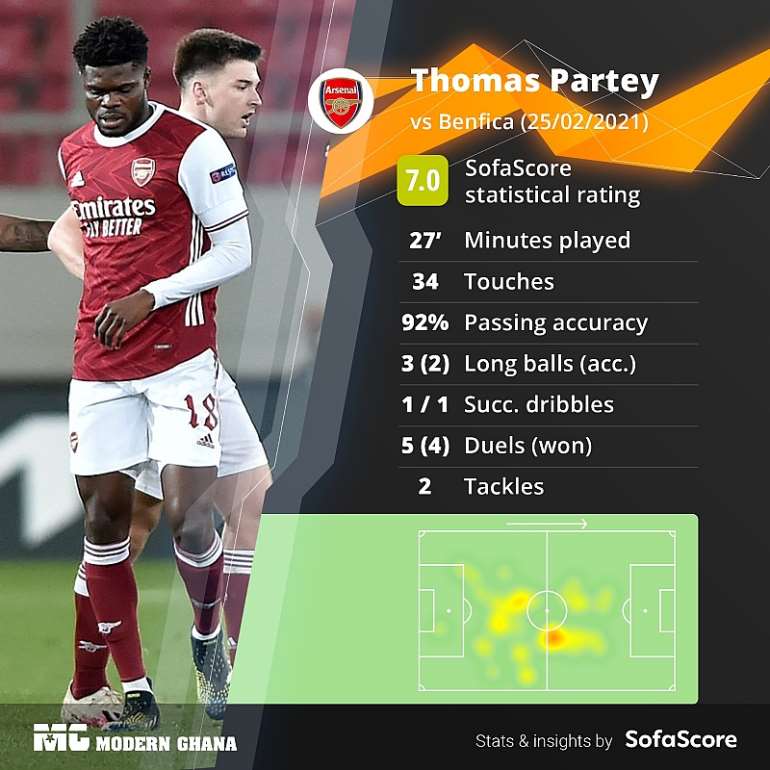 On the night, Diogo Goncalves and Rafa Silva scored the two goals for Benfica after a Pierre-Emerick Aubameyang equalizer in the 21st minute had shot the English club into the lead.

The 3-2 win today sees Arsenal progress to the Round 16 stage of the Uefa Europa League with an aggregate score of 4-3.

Fix 'dumsor' or Twitter will ditch Ghana for Togo – ASEPA to...
54 minutes ago