Henry steps down as CF Montreal manager due to family reasons 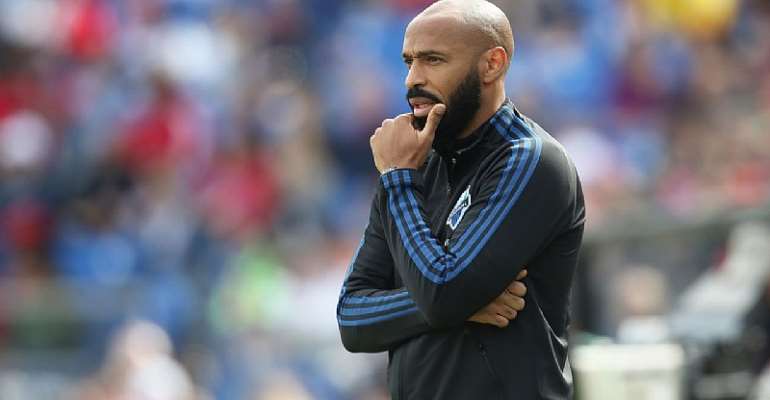 Thierry Henry has confirmed his resignation from the managerial job at CF Montreal due to family reasons amidst links with the vacancy at Championship club Bournemouth.

The Arsenal and France legend had been in charge of the Canadian MLS side since 2019, taking up the role after his departure from Monaco.

However, with the Covid-19 pandemic making international travel perilously hard and his family based in Europe, he has made the decision to leave the Quebecois side.

"It is with a heavy heart that I've decided to take this decision. The last year has been an extremely difficult one for me personally," a statement from the former striker read.

DUE TO THE WORLDWIDE PANDEMIC, I WAS UNABLE TO SEE MY CHILDREN. UNFORTUNATELY DUE TO THE ONGOING RESTRICTIONS AND THE FACT THAT WE WILL HAVE TO RELOCATE TO THE US AGAIN FOR SEVERAL MONTHS WILL BE NO DIFFERENT. THE SEPARATION IS TOO MUCH OF A STRAIN FOR ME AND MY KIDS.

"Therefore, it is with much sadness that I must take the decision to return to London and leave CF Montreal. I would like to thank the fans, players and all the staff of this club that have made me feel so welcome."

In recent weeks, Henry has been linked with a move to English football, with promotion hopefuls Bournemouth searching for a new manager after the sacking of Jason Tindall earlier this month.

The Cherries, who went down to the second tier last term, are seventh in the Championship, level on points with Cardiff City, who occupy the final play-off position.

Henry's time at Monaco was his first experience of management. Previously, he had worked with Arsenal's youth ranks and as Roberto Martinez's assistant with the Belgium team.