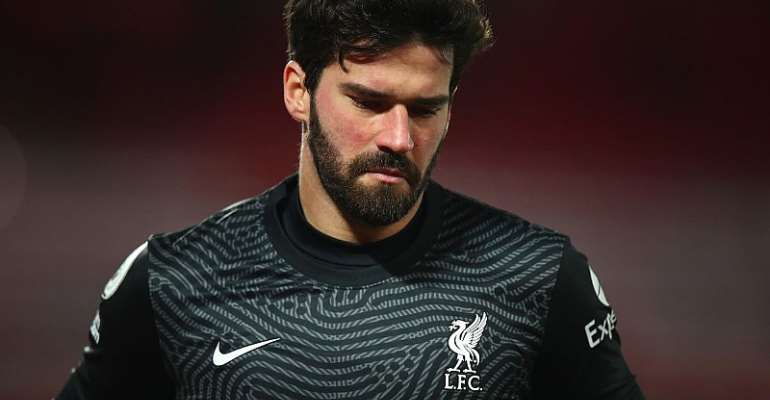 The father of Liverpool goalkeeper Alisson Becker drowned in a lake near his holiday home in southern Brazil on Wednesday, local police said.

Jose Becker, 57, had been swimming at a dam on his property when the accident happened on Wednesday afternoon, Doroteo Machado Filho, a police inspector in the town of Lavras do Sul, told Reuters.

No foul play was suspected.
Internacional, who both brothers played for, tweeted their condolences.

"It is with great sadness that we received the news of Jose Agostinho Becker's death, the father of our ex-goalkeepers Alisson and Muriel," the club said.

In 2018, Alisson spoke about his father's influence on him becoming a professional footballer.

"I have a family of goalkeepers," he said.
"My father played for his work team, my mother played handball in school, and my grandfather played in amateur football.

"And after all this, came my brother playing and then I started to like it, too."