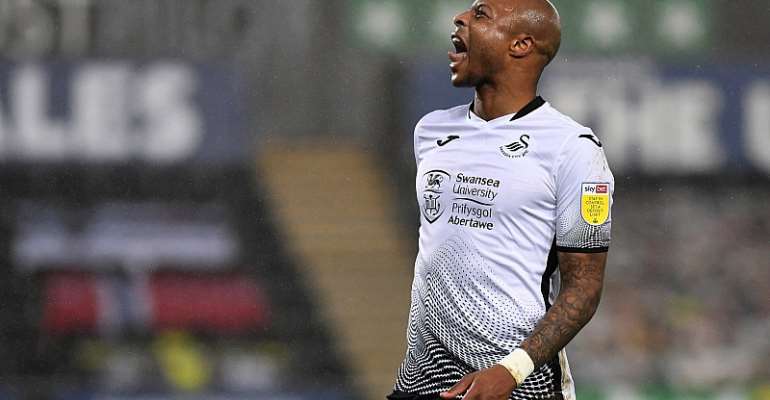 Ghana attacker Andre Ayew has shared his excitement after helping Swansea City to recover from the defeat to Huddersfield to beat Coventry City 1-0 in the English Championship.

The Swans over the past weekend suffered a 4-1 thumping at the hands of Huddersfield in a matchday 31 fixture of the ongoing 2020/2021 league season.

Gutted after the game, Andre Ayew and his teammates today hosted Coventry at the Liberty Stadium determined to immediately bounce back from the setback.

On the back of an outstanding team performance, Swansea City has managed to bag the three points from the game thanks to an equalizer from Ben Cabango after he was assisted by Conor Hourihane.

Sharing his thoughts after the game in a post on Twitter, a delighted Andre Ayew has rallied his teammates to stay focused and keep going.

With as many as 29 appearances for Swansea City in the English Championship this season, Andre Ayew has had a direct hand in 11 goals.

The former U-20 World Cup winner has scored nine goals and provided two assists to help his team.

He is integral to manager Steve Cooper’s team and expected to play a big role in the remainder of the season.