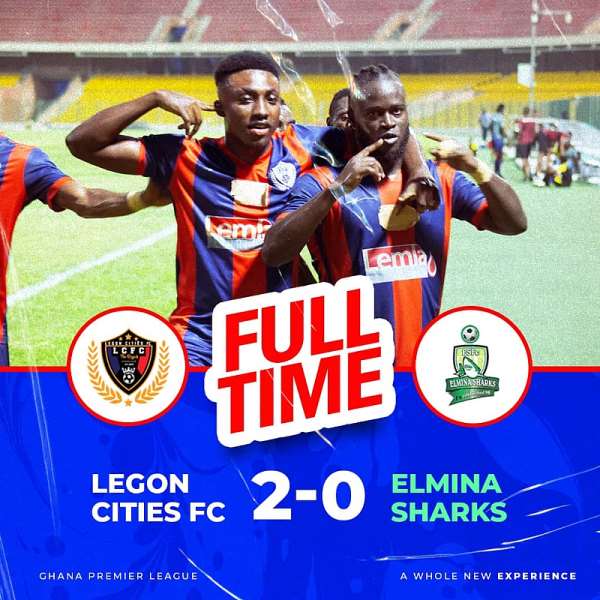 Nicknamed the Royals, the side in the capital today hosted the matchday 16 opponent of the 20/21 Ghana Premier League season at the Accra Sports Stadium today to battle for the available points.

Starting just his second game for the home team following his switch from Ashanti Gold SC recently, Hans Kwofie impressed for his new club and scored the only goal in the first half to ensure they went into the break with a lead.

Three minutes into the second half, Hans Kwofie was at his best again as he scored with a smart finish to double the lead for Legon Cities FC.

Going on to defend well, the team managed to stop Elmina Sharks from scoring to ensure they cruised to an important 2-0 win at the end of the 90 minutes.

Today’s win has moved Legon Cities FC from the relegation zone of the Ghana Premier League with the team now occupying the 13th spot.