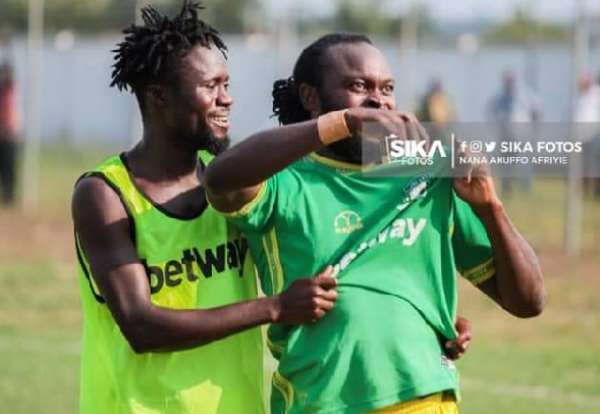 Aduana Stars have climbed into the top four of the Ghana Premier League standings following the team’s 2-1 win against Inter Allies FC on Wednesday afternoon.

The last winners of the Ghanaian top-flight league started the ongoing 2020/2021 football season with a lot of inconsistencies but now look like they have found their mojo.

Today, the team that has gradually picked up hosted struggling Inter Allies FC at the Nana Agyemang Badu Park for a matchday 16 encounter of the league season.

Following a good display in the first half, talisman Yahaya Mohammed scored in the 44th minute to hand Aduana Stars the lead at halftime.

After the break, the home team continued to dominate and managed to double their lead a few minutes after the hour mark when Inter Allies defender Emmanuel Adjetey put the ball in the back of his net.

Although the visitors will grab a consolation goal in the 84th minute courtesy of a strike from Samuel Armah, Aduana Stars held on to win 2-1 and as a result, have now climbed to third on the Ghana Premier League table.