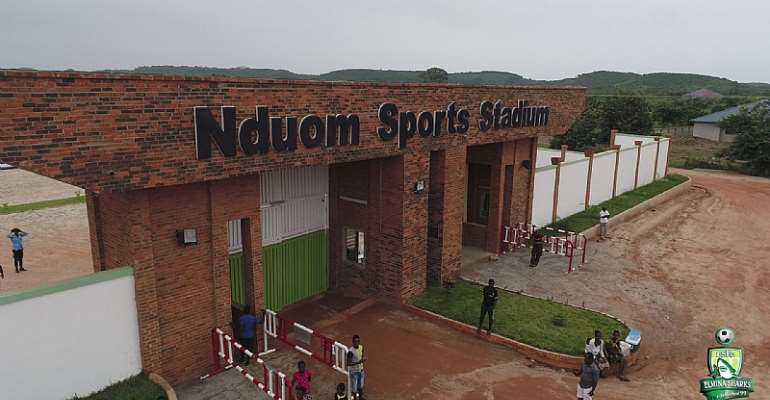 Elmina Sharks will be temporarily banned from using the Nduom Sports Stadium according to media reports.

Following their 2-1 defeat to Medeama SC, supporters trooped to the pitch to attack the centre referee, Eric Owusu Prempeh.

The Ghana Football Association has issued a directive for Premier League games to be held behind closed doors but Sharks defied those directives as fans were in attendance during their game.

The fans believe the referee caused their defeat, hence decided to beat him up, Fortunately, there were some security men available to prevent a bloody situation.

The Ghana FA Executive Council has taken a decision to close down the Nduom Sports Stadium with immediate effect and refer the matter to the Disciplinary Committee.

Elmina Sharks will play their next Ghana Premier League game against Legon Cities at the Accra Sports Stadium in mid-week.

Their next home game against Asante Kotoko will be played away from the Nduom Sports Stadium.

However, it is unknown where the Sharks will settle as their temporal home grounds.