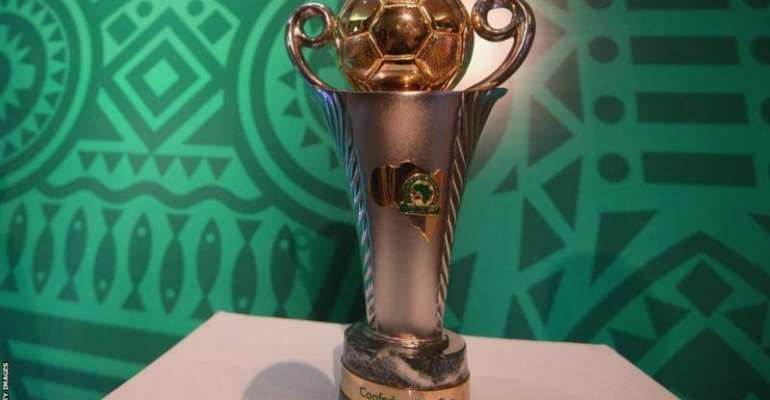 Three former African club champions have been drawn together in Group A of this season's Confederation Cup.

South Africa's Orlando Pirates won the continental title in 1995 while Algeria's Entente Setif and Nigeria's Enyimba have both won the crown twice.

They are joined in Group A by Libya's Al Ahly Benghazi in the continent's second-tier club competition.

The group-stage matches are due to begin next month with the top two in each group progressing to the quarter-finals.

Morocco's Renaissance Berkane will continue the defence of their title in Group B alongside Zambia's Napsa Stars, Coton Sport of Cameroon and Algeria's JS Kabylie, who have also twice been African Champions.

The Confederation Cup's most successful club is Tunisia's CS Sfaxien, who have lifted the trophy three times, are in Group C and know they will definitely face with Senegal's Jaaraf and Salitas of Burkina Faso.

The other team in the group will either be Etoile du Sahel or Eswatini's Young Buffaloes, the second leg of their play-off takes place on Tuesday in Sfax with the Tunisian side holding a 2-1 lead from the first leg.

Initially the game should have been played on Sunday but Covid-19 travel issues saw it being postponed until Monday before it was delayed by a further 24 hours.

There is one other match to be played to decide the final place in Group D with Tanzanian club Namungo the firm favourites to clinch the spot after beating Angola's Primeiro Agosto 6-2 in the first leg on Sunday.

The tie was delayed when Covid-19 forced the game in Angola to be called off before the Confederation of African Football agreed that both games could be played in Tanzania.

Awaiting the winners in Group D are Zambia's Nkana, Pyramids from Egypt and Moroccan side Raja Casablanca.