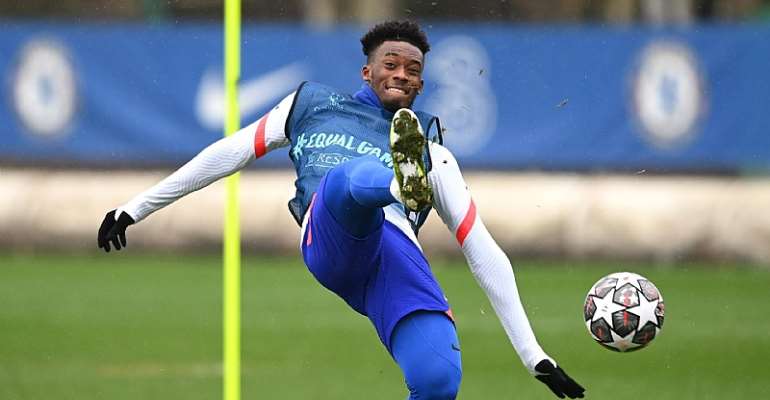 Chelsea boss Thomas Tuchel says his decision to haul off Callum Hudson-Odoi just 31 minutes after bringing on the England international as a substitute in Saturday's 1-1 draw at Southampton was "not a big thing".

Hudson-Odoi, who had replaced Tammy Abraham at the break, looked bewildered as he left the field to be replaced by Hakim Ziyech in the 76th minute of the Premier League match.

Ahead of Chelsea's Champions League last-16 clash against Atletico Madrid on Tuesday night, Tuchel cleared up any tension surrounding the incident on Monday with the 20-year-old in line to play against the Liga leaders.

"I have spoken to Callum, and I’ve spoken to the whole group. Sometimes, these things happen in football and it was just my decision," Tuchel told Chelsea's official website.

"Maybe I was being harsh on him because he was on my side of the pitch and I was up close to him, but I did not feel that he was really into the game.

"I didn’t think he was totally sharp and that is why I took a hard decision on him. But that decision was in the moment and for that day only.

FOR ME, THIS IS ABSOLUTELY NOT A BIG THING AND ONLY BECOMES ONE IF PEOPLE WANT TO TALK ABOUT IT.

Chelsea are unbeaten in seven matches in all competitions since Tuchel was named as manager to replace club great Frank Lampard, but he said the Londoners will have to be at their best against Diego Simeone's battling side.

"We'll do things our way, they'll do things their way. It's clear what you get when you play Atletico - fighting, experience, a team with a good mentality."

Tuchel will be without experienced defender Thiago Silva with the Brazilian recovering from a knock but midfielder Kai Havertz and forward Christian Pulisic are in contention.