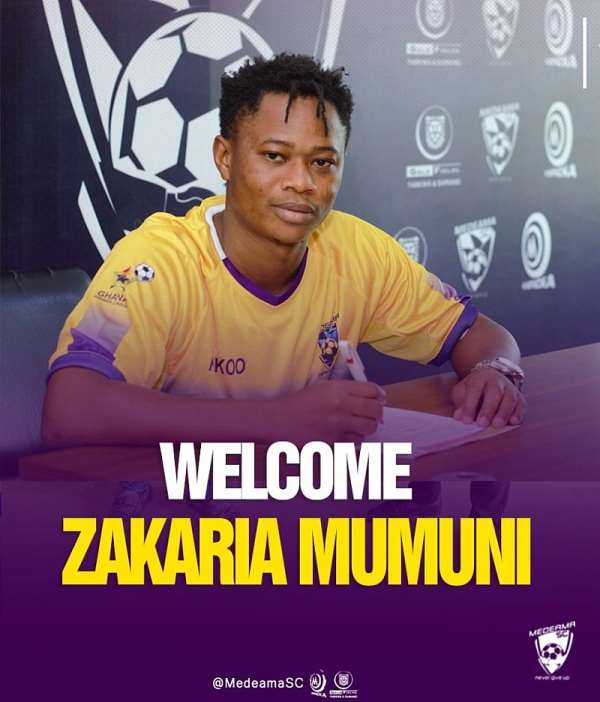 Ghanaian giants, Medeama SC have announced that they have sealed the signing of attacker Zakaria Mumuni on a two-year deal.

Having started the 2020/2021 Ghana Premier League season on a difficult note, the Yellow and Mauves have gradually picked up and now in the running as contenders for the league title.

In a bid to increase their chances of enjoying league triumph at the end of the season, Medeama SC has decided to bring in additions to strengthen various departments of the team.

Today, the Tarkwa-based club has confirmed that they have signed former Aduana Stars forward Zakaria Mumuni.

“We are happy to announce the signing of winger Zakaria Mumuni on a two-year deal.

“Welcome to Tarkwa and enjoy your stay champ,” a club statement said on Twitter.

The experienced attacker becomes the second forward signed by Medeama SC in the second transfer window of the Ghanaian football season.

Having already signed former Asante Kotoko striker Amed Tour, the team has started benefiting. Over the weekend, the striker netted a brace to hand the team a massive 2-1 win against Elmina Sharks.

The team will hope Zakaria Mumuni will have a similar instant impact when he marks his debut.