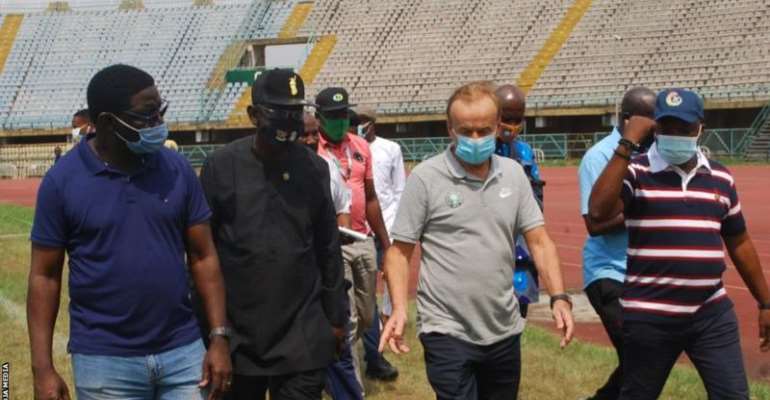 Nigeria's largest city Lagos will host a competitive men's senior football match for the first time in 20 years on 30 March.

The Super Eagles will take on Lesotho in their final 2021 Africa Cup of Nations qualifier at the Teslim Balogun stadium.

Nigeria Football Federation (NFF) officials say that the number of fans allowed in to the stadium to watch the match depends on the Confederation of African Football's Covid-19 protocols at the time.

The last competitive game Nigeria played in Lagos was a 1-0 Nations Cup qualifying win over Zambia in January 2001, while 10 years later there was a 2-1 friendly win over Sierra Leone at the Teslim Balogun venue.

March's game could see Lagos once again becoming a permanent home for the Super Eagles according to sports minister Sunday Dare who is keen to refurbish the dilapidated National Stadium in Lagos.

"This city is excited to host the country's first competitive fixture in 20 years in a place where the team rarely lose," chairman of the Lagos State Sports Commission, Sola Aiyepeku, told BBC Sport Africa

"Everything is geared towards making Lagos the home base again because there's a presence that this place has and demand that the fans have towards the opposition that puts them in fear.

"We want the Nigeria fear factor that this city has to return and put that in the hearts and souls of teams that come here." 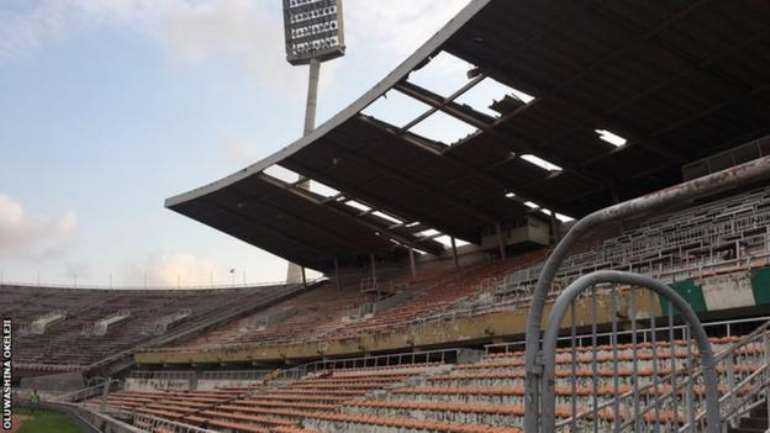 The city is also confident that it can put in all the necessary measures for the game despite the ongoing global coronavirus pandemic.

"It's an unprecedented time to host the national team but wherever you go there is still the coronavirus, so it will definitely dampen probably the number of people," NFF vice president and Lagos FA boss Seyi Akinwunmi added.

"Despite the huge logistic problems that comes with these challenging times, Lagos state has proven that it can manage the pandemic more than most states in the country.

"The state has all the capacity, the hotels, state of the art ambulances, hospitals and everything which is an added reason for the country to come to Lagos.

"It's been a challenging year for the world in terms of football, but the country's most famous state is delighted to welcome the Eagles back home where they've enjoyed a remarkable success."

The Super Eagles have been playing their internationals around the country since the end of the 20th century when the cash-strapped Nigerian Football Association (now NFF) decided to approach cities interested in hosting international games.

Financial support, usually provided by the governors who host the national team in their states, saw the Eagles move around to Port Harcourt, Abuja, Kano, Cross River, Akwa Ibom and Delta State.

The Abuja and Lagos National Stadiums, as well as dozens of others that dot Nigerian cities, have become white elephants furthering emphasising a sad reminder of Nigeria's poor maintenance culture.