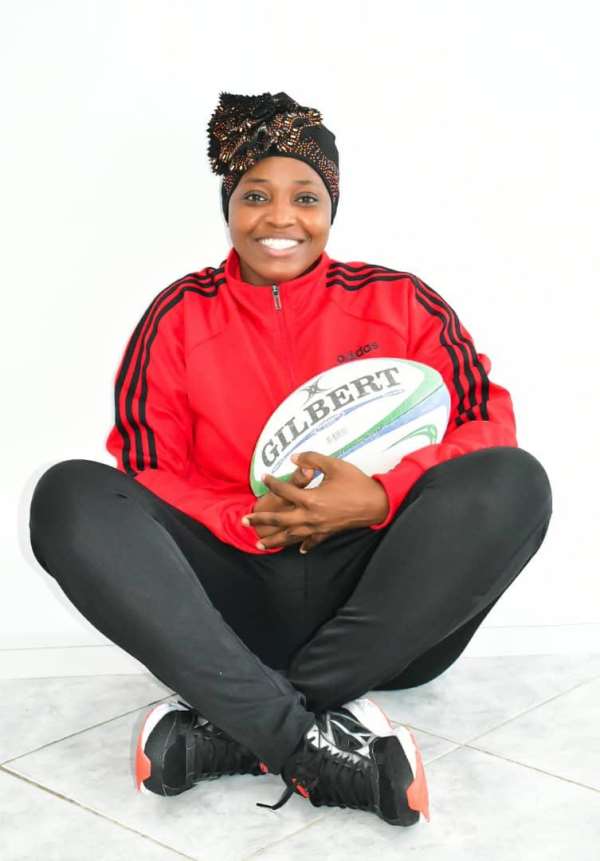 Board member of Ghana Rugby Football Union, Rafatu Inusah has been appointed onto the Women’s Advisory Committee of Rugby Africa.

Ms. Rafatu Inusah has been appointed as member of the player welfare & participation sub Committee of the Women’s Advisory Committee of Rugby Africa.

This was contained in a letter from the chairwoman of the player welfare and participation Committee of the Rugby Africa Women’s Advisory Committee, Anna Michelle Prudence Preira.

Reacting to the appointment, the Board Chairman and President of the Ghana Rugby Football Union, Herbert Mensah believes Rafatu Inusah will perform greatly on the committee considering her rich knowledge in the game.

“Ghana Rugby is extremely proud of Rafatu Inusah, Our dream last year, world Rugby and Africa started the concept of the Unstoppables, is a fantastic Concept and it something that have been taken on board fully by Rugby Africa and particular by the Women’s Advisory Committee, headed by Paula Lanco, she is an extraordinary lady and a have a lot of who is determine to put together a group of ladies who can also help change how people perceived woman and the Unstoppables, that is how they are called”[ ads2]

“Alot of people applied for it, ln Ghana we had a couple of applicants and Rafatu was chosen.

I don’t think It needs a great deal of explanation, when you hear someone is Unstoppables, that is what these ladies are, they have achieved greatest”

“In the case of Rafatu Inusah, she started from a humble beginning, from a player, got injured along the line , to learning to be a trainer and now educator, the only educator in West Africa”

‘In Ghana Rugby, she is responsible for a large part of getting into the Rugby programmes which is how we start developing children from the young age.. In Greater Accra, through Volta , Eastern and other part of the country. Over the last year’s, together with other members as leader”

“She has come out greatly from those practical aspects of what she does and she has been recognized by Rugby Africa and we very proud of that, we congratule her.