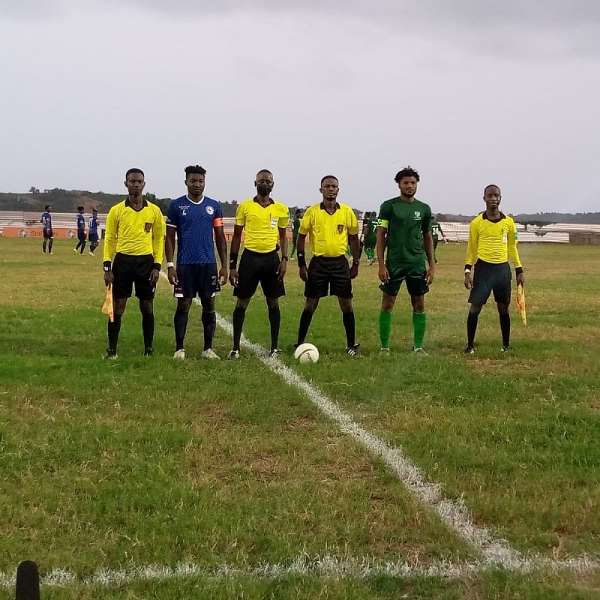 Elmina Sharks have shared the spoils with Berekum Chelsea after drawing 1-1 with the side on Monday evening.

The two clubs today locked horns at the Paa Kwasi Nduom Stadium in a fixture that is serving as a matchday 13 encounter of the 2020/2021 Ghana Premier League season.

Battling for the maximum points, both sides played some delightful football and created lots of chances in both halves.

In the 28th minute, a James Bissue equalizer shot Elmina Sharks into the lead before a strike four minutes later from experienced forward Stephen Sarfo restored parity for Berekum Chelsea.

Although both teams will return from the break to chase the game in the second half, they lacked the men upfront to bury the chances they created.

As a result, the game has ended in a 1-1 draw with Elmina Sharks and Berekum Chelsea picking a point apiece.

The draw sees Chelsea climb out of the relegation zone with Sharks occupying the 12th spot after matchday 13.