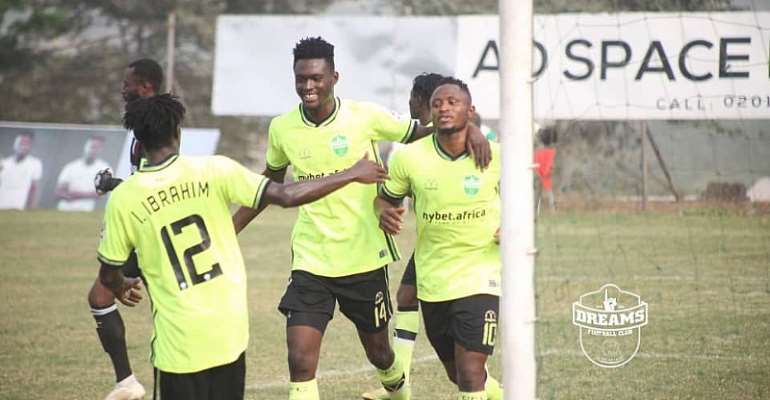 Dreams FC made it two straight wins on Sunday afternoon when the team posted a 2-0 win over Eleven Wonders at the Ohene Ameyaw Park in the Ghana Premier League.

The two Ghanaian top-flight clubs today locked horns to battle for three points to improve their positions on the league table.

Giving it their all from the go, Dreams FC played well and established themselves as the better team after their first thirty minutes.

Taking their time to mount attacks, the visitors finally had the breakthrough in the 44th minute when talisman Joseph Esso scored with a fine effort.

With that equalizer separating the two teams at halftime, Eleven Wonders resumed the second half with an improved performance to try and get back into the game.

Unfortunately, they could not breach the defense of Dreams FC with the visitors scoring the second courtesy of a strike from Suleman Fahadu in the 60th minute.