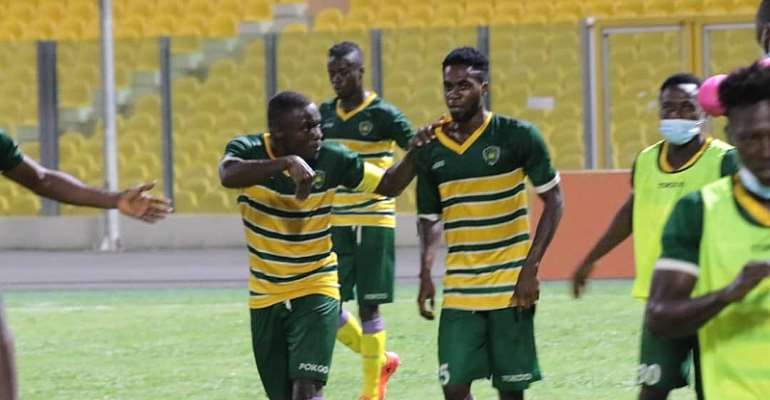 Ebusua Dwarfs have piled more pressure on struggling Inter Allies FC after defeating the side 2-0 in the Ghana Premier League on Saturday afternoon.

Although the Capelli Boys set up strong in a bid to record a win to turn things around, they failed to live up to expectations with the opponent proving a difficult nut to crack.

After a first half of no goals, Ebusua Dwarfs played with more purpose at the start of the second half with their play causing all sorts of trouble for the defense of the home team.

Finally, in the 71st minute, Benjamin Acquah scored to shoot the visitors into the lead after a good team play.

Later in the 77th minute, Moro Sumaila took advantage of a good chance to fire in from outside of the Inter Allies FC box after goalkeeper Gideon Ahenkorah has miscalculated a situation.

Holding on to win 2-0 at the end of the 90 minutes to amass the maximum points, Ebusua Dwarfs have climbed to fourth on the Ghana Premier League table.

For Inter Allies, their struggle continues as they stay rooted to the bottom of the league table.