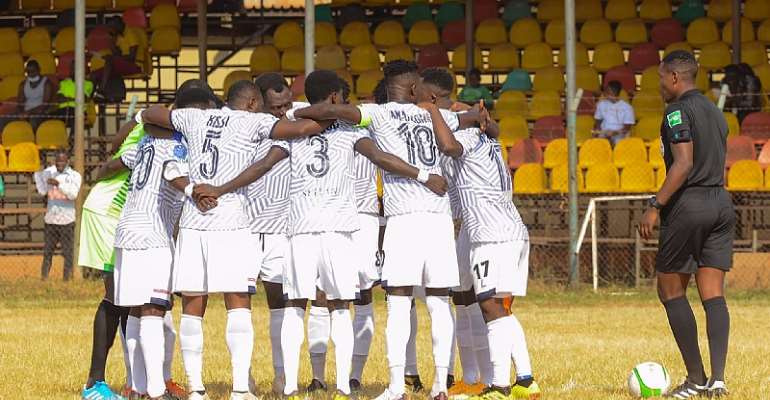 Berekum Chelsea on Wednesday afternoon put on a resolute performance to defeat Bechem United 2-0 on matchday 12 of the 2020/2-2021 Ghana Premier League.

The team last Saturday suffered a shocking 4-3 defeat to King Faisal in a game where they led 3-0 after 20 minutes.

Keen on bouncing back with a win today, the side from Berekum has fought hard to pick maximum points from their opponent.

In a game that failed to produce a goal in the first half, goals from Collins Ameyaw and Kofi Owusu in the second half handed Berekum Chelsea a much-needed win against Bechem United at the end of the 90 minutes.

Courtesy of today’s result, Berekum Chelsea has moved to 13th on the Ghana Premier League standings with Bechem United staying in the top four despite the defeat.