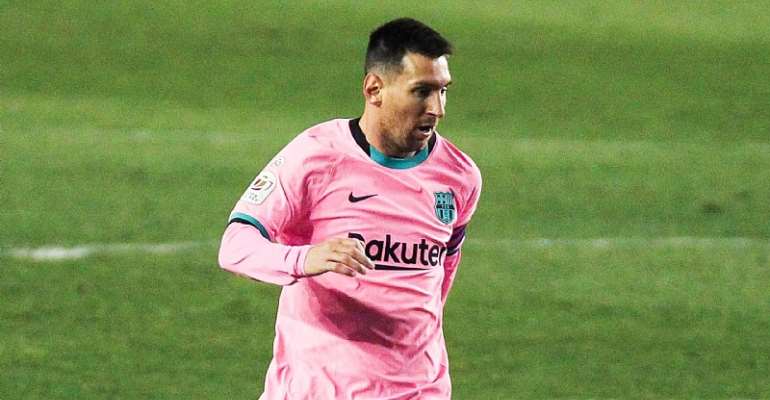 Lionel Messi returned from suspension to help guide Barcelona to a 2-1 win away to Rayo Vallecano on Wednesday to reach the quarter-finals of the Copa del Rey.

Second division Rayo took a surprise lead in the 63rd minute when Barca keeper Neto failed to deal with a low cross and midfielder Fran Garcia pounced to bundle the ball over the line.

Rayo went looking for a second goal and were badly caught out on the break when Frenkie de Jong picked out Antoine Griezmann and the Frenchman laid the ball off for Messi to slot into the net from close range in the 70th minute.

The Argentine, who became Barca's record appearance maker in the competition with 76 Copa matches, was the architect of the second goal 10 minutes later, releasing Jordi Alba down the left wing with a sumptuous pass and De Jong finished off the defender's cross to send the Catalans into the last eight.