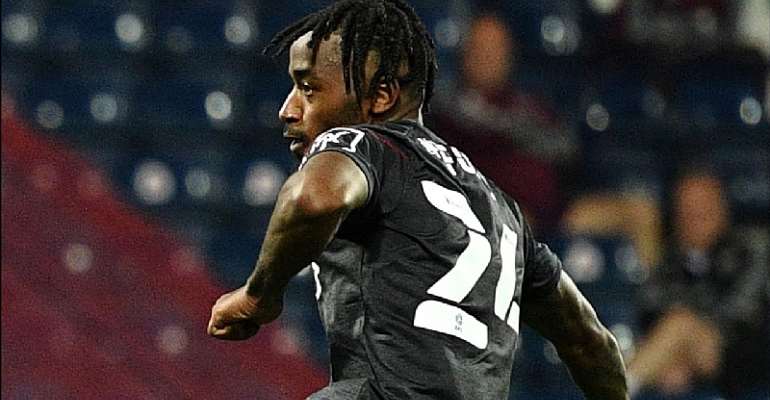 Ghana forward Tariqe Fosu-Henry climbed off the bench to score for Brentford on Wednesday evening when the team drew 1-1 against Swansea City in the English Championship.

In a Matchday 25 fixture of the ongoing campaign played at the Liberty Stadium, the youngster missed out on a starting role but replaced Bryan Mbeumo in the 56th minute following a stalemate at the end of the first half.

Shortly after his introduction, Swansea City defender Kyle Naughton was given the marching orders with Brentford gaining a man advantage and a good chance to chase the three points.

Taking charge to dominate the home team, the visitors saw their efforts pay off in the 74th minute when substitute Tariqe Fosu scored with a fine effort after he was teed up by Henrik Dalsgaard.

Cruising to victory, a Conor Hourihane equalizer in the 78th minute denied Brentford the maximum points as it earned a crucial point for Swansea City at the end of the 90 minutes.

For his displays on the matchday, Tariqe Fosu has been rated with a score of 7.3 from top statistics providers SofaScore. 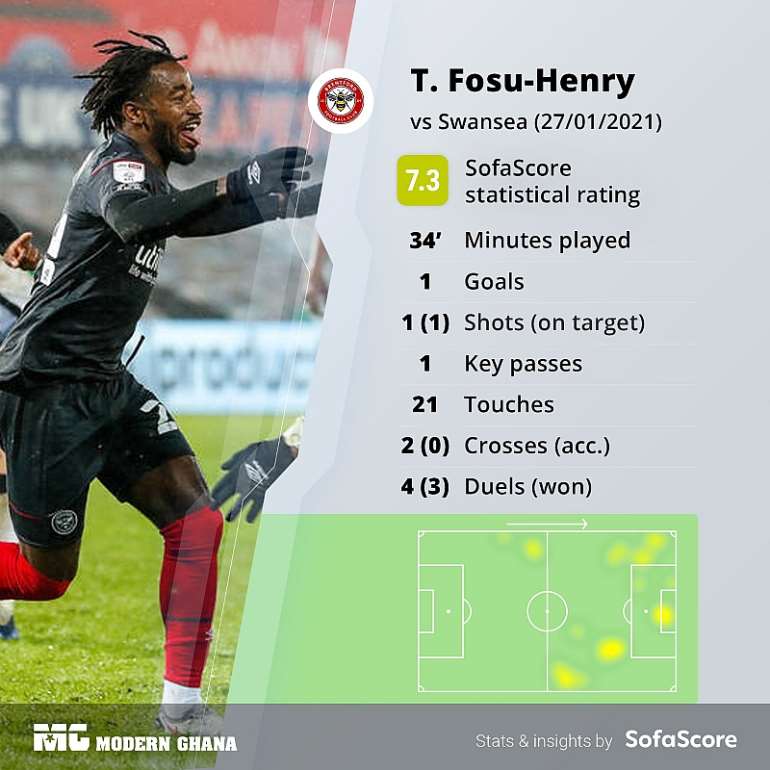 On the Swansea City team, Black Stars captain Andre Ayew played the entire 90 minutes and would be happy his team bagged a point to help their promotion dream.