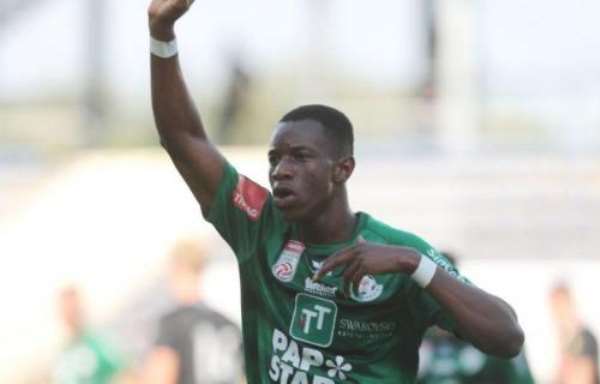 Ghana forward Kelvin Yeboah starred with a goal and assist for WSG Swarovski Tirol on Wednesday evening to help the team defeat SC Altach 3-1 in the Austria Bundesliga.

The youngster today was named in the starting eleven of his team when they hosted the matchday 14 opponent of the Austria top-flight league at the Tivoli Stadion Neu.

Putting in a stellar performance in the first half, Kelvin Yeboah scored with a fantastic finish in the 25th minute to shoot WSG Tirol into a deserved lead.

With the home team maintaining momentum after the goal, the team went on to double their lead in the 37th minute through a strike from Nikolai Baden.

Two minutes later, Kelvin Yeboah turned the provider when he set up Florian Rieder to score the third goal of the evening for WSG Tirol.

Going on to play 87 minutes of the match against SC Altach, the Ghanaian youngster earned a high rating of 7.8 from SofaScore. 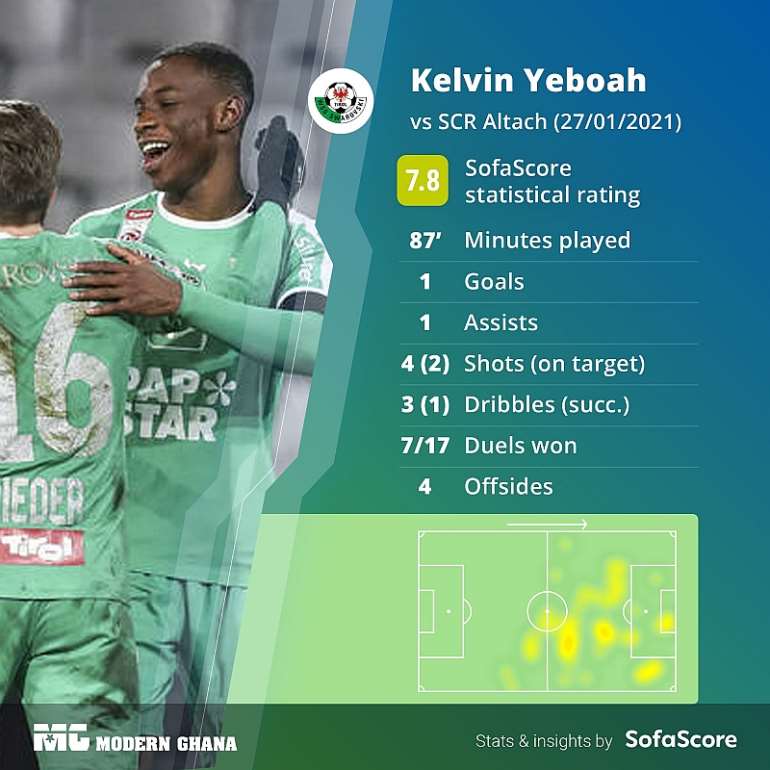 In the 3-1 defeat to WSG Tirol, Manfred Fischer netted the only consolation for SC Altach.

Kelvin Yeboah, 20, has this season played 13 matches for his team in the Austrian Bundesliga and now has three goals and three assists to his name.