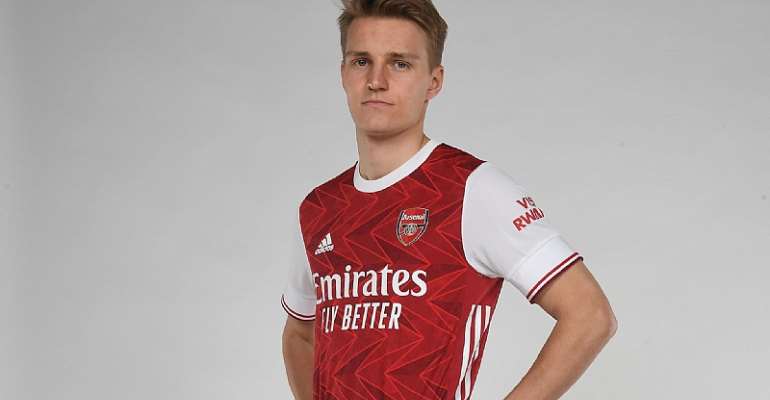 Martin Odegaard has joined Arsenal on loan from Real Madrid until the end of the season, the Premier League club have confirmed.

Odegaard, 22, revealed that a call with Gunners boss Mikel Arteta convinced him to move to the Emirates Stadium.

"I spoke to him before coming here, of course," Odegaard told Arsenal's official website. "That was very important for me and he seems like a top manager and I liked his ideas, the way he sees football and also the way he is.

"He gave me a great feeling and that was important for me to come here. He was crucial.

"I think every time you go to a new place, you want to make sure that it feels good and that there is a plan. But I think everything here just seems good.

The Norwegian midfielder asked to leave Real Madrid on loan as he wanted more regular first-team action. A loan agreement was reached with Arsenal on Sunday night and he passed his medical on Tuesday.

He reportedly considered a return to Real Sociedad, where he had an impressive 19-20 season on loan, but he decided to join the Gunners instead to test himself in the Premier League.

Odegaard is being dubbed as the replacement for Mesut Ozil, who has departed for Turkish Super Lig side Fenerbahce.

He made just seven appearances for Real Madrid this season following a 19/20 campaign where he was a permanent fixture in Sociedad's starting XI.