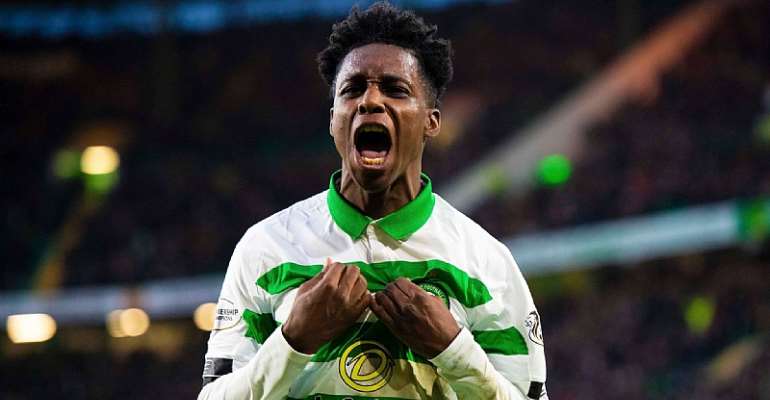 Manager Neil Lennon and Parkhead chiefs felt they had no choice but to sell the Dutch starlet after months of pushing for a move – and the German outfit tabling their massive offer.

Italian giants Roma had also been consistently linked with the 20-year-old full-back while it’s believed Southampton had been tracking him too.

But Bayer’s remarkable bid was just too good for the crisis-hit Hoops to knock back ahead of the transfer window shutting on Monday.

Celtic will bank an initial hefty seven-figure sum with the balance based on games played.

But he quickly established his potential to back up shrewd City’s insistence on a 30-per-cent sell-on clause which is set to pay big dividends.

Treble-winner Frimpong still had two years of his Celts contract left but had resisted all attempts to extend it – and was adamant about leaving when there was a chance.

Lennon – now aiming for a replacement plus a centre-half over the next few days – revealed he felt ‘let down’ by Frimpong’s desire to go.

The Celtic boss said: “He made it clear he wanted to leave.

“This hasn’t appeared in the last couple of days. This has been in the background for the last six or seven weeks.

“The club have made strides to renegotiate with Jeremie and that wasn’t the case.

“The player made it clear to me, to Nick [Hammond] and to the board that he wanted to leave.

“We received a really robust offer for him, we are disappointed to lose him but that’s football.”

However, while Lennon admitted more players wanted to follow Frimpong out the door, he insisted none will leave this month.

Asked whether he expected any to move on, he simply said: “No.”

Frimpong has made 51 appearances in all competitions during his time at Celtic.

The defender helped the Hoops win the Treble last season as they completed their nine-in-a-row run.