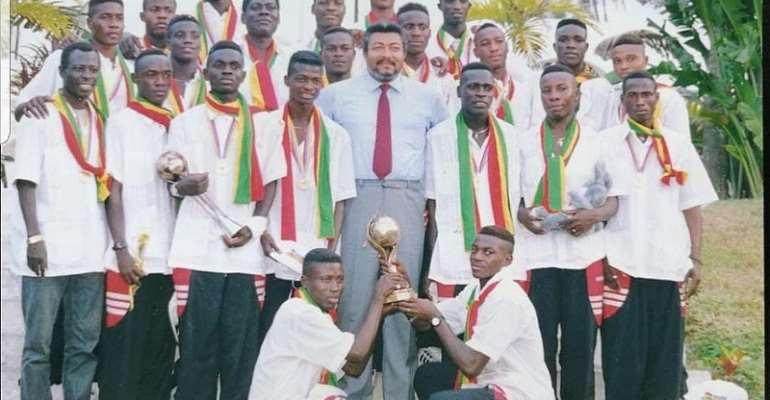 Jerry John Rawlings who passed on November 12, 2020, was the last sitting president in power when Ghana won its last Africa Cup of Nations title in Libya 1982.

B.T Baba who served as the GOC president for over two decades said that Jerry Rawlings played a key role in the Black Stars winning its fourth AFCON title in Libya.

“During the 1982 era, sports in Ghana was dead literally but when he came to power with less than four months in the office, he helped the Black Stars at the AFCON in Libya.

“With little or, no preparations he came and gave everyone hope and the team won the AFCON trophy.

He mentioned that Jerry John Rawlings contributed so much for sports in Ghana which is visible today.

“Jerry John Rawlings worked so hard for sports that his work is visible today for all to see. JJ loved Horse riding so even though he wasn’t a sportsman, he helped sports administration because of his military sports background," he added.