2020/21 Ghana Premier League: Gladson Awako confident of win ahead of derby game against Hearts of Oak 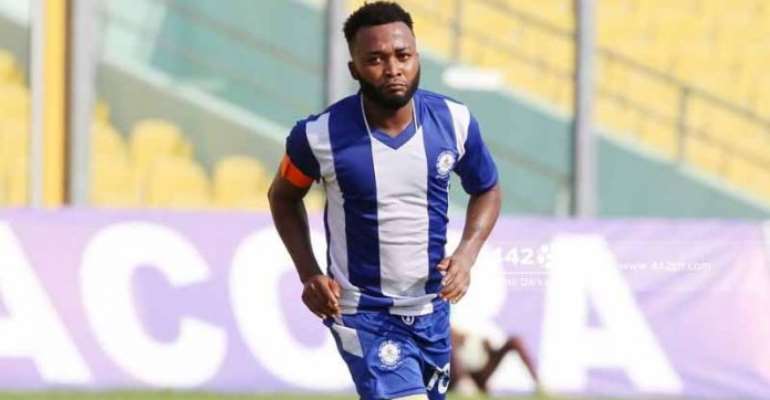 Great Olympics captain, Gladson Awako, says he is confident of a win ahead of their matchday 11 game against regional rivals, Hearts of Oak on Sunday.

Olympics will be hosted by Hearts of Oak at the Accra Sports Stadium as they battle to show supremacy.

According to him, his side are in fine form and confidence was running deep in the side to defeat Hearts this season, and believes the results will be different in this season’s encounter.

He stressed that he is looking forward to proving a point in the Accra derby since those clashes always brought out the best in players.

“I can’t wait for that clash, it is going to be a tough contest and I can assure you that it is definitely going to be a different result this time around," he told Graphic Sports.

“This is a derby match over who rules Accra and we want to prove a point that we are the best in the capital by beating them. That is the only way to do that,” Awako added.

Both Hearts of Oak and Great Olympics failed to win the games over the weekend with both clubs picking a point fro their games.

Suspend Sammy Gyamfi if he fails to apologize to Speaker, Ha...
33 minutes ago

Shame on you for abandoning post for 3 hours to go drink tea...
37 minutes ago