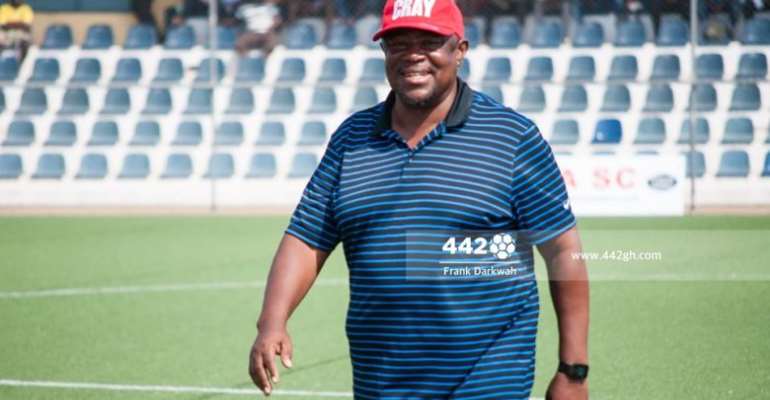 Aduana Stars coach, Samuel Paa Kwesi Fabin has demanded for the acquisition of new players to build a strong team to boast current squad as the league approaches the second round.

Fabin says for him to put a team together, he would need additions to build a complete side.

With the transfer window set to open in March, the experienced manager has made his intentions clear regarding new signings

“We still need one or two or three players to make it a formidable one. We are trying so we will see what happens.” Fabin said in a post-match

He also talked about how he prevented Kotoko’s danger man Kwame Poku from scoring.

“The reason why we played five in the midfield is that their game is in the midfield. They swing passes and then they hint it long for Kwame Poku who has the speed to lash onto the ball to score.

"So we needed to deny the midfield they supply to Kwame Poku and we did exactly that,” he added.

Meanwhile, Aduana Stars are sitting 3rd on the league log.