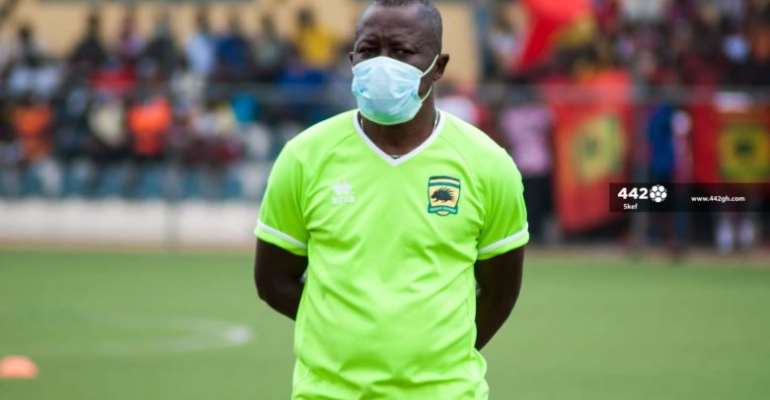 Asante Kotoko interim coach, Johnson Smith says he is pleased with the total performance of his players despite defeat to Aduana Stars.

The Porcupine Warriors suffered the second defeat of the season on Sunday against the 'Ogya' lads.

Samuel Bioh climb off the bench to smash the winner for the ‘Ogya Boys’ against Asante Kotoko on Sunday at the Accra Sports Stadium.

Speaking after the match, Smith said he is content with the team’s performance and added that the defeat will not affect their confidence.

“My players did well. They played according to what I told them but it is a game, definitely, sometimes you will lose. We will take it like that," he said.

“No. I will boast their confidence level. We lost but we should forget about it and focus on the next important one. This is in the past and we are not going to talk about it.”

The Reds failed to go top of the table and thus slip from fourth to sixth on the table with 16 points.

Asante Kotoko will be hosted by Ashgold at the Len Clay Stadium in the matchday 11 games.