GHALCA chairman Kudjoe Fianoo promises not to let clubs down 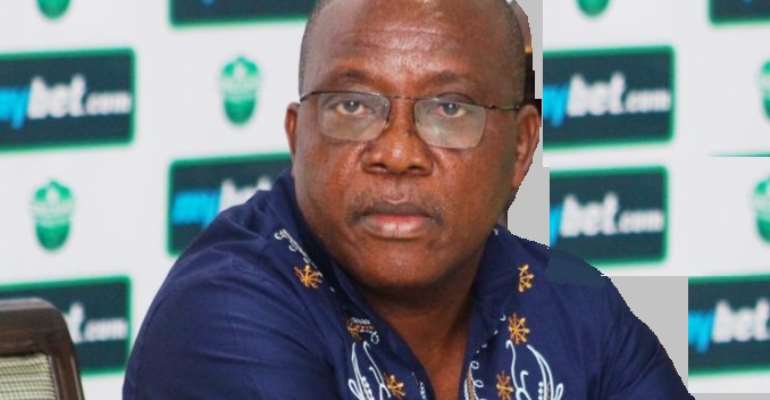 Newly-elected Chairman of the Ghana League Clubs Association (GHALCA), Kudjoe Fianoo, has vowed not to let clubs down in his next administration as he begins his second term in office.

Addressing the media after his sweet triumph, Fianoo said he was ready to meet his new executive members to begin working in the interest of GHALCA.

“I can’t let my clubs down for the overwhelming endorsement of my candidature. I am ready to commence work from today to place GHALCA where it belongs,” an elated Mr Fianoo declared.

“It is very important to restore the integrity of the association and that is what I am going to do. I am looking forward to meet my new executive members so we can commence work immediately,” he said.

Fianoo garnered 71 votes to beat challenger Isaac Koomson’s 47 votes in the keenly-contested election, promising to restore the integrity of GHALCA as the welfare body of the various clubs in the country.

The astute football administrator secured another four years to lead GHALCA, having served the association in that same capacity from 2017 to 2020.

In the other results, John Ansah dethroned Alex Ackumey to become the new vice-chairman after amassing 66 votes as against his opponent’s 47.

Linda Ansong of Liberty became the new treasurer of the association after beating Justice Boison with a landslide victory of 90 votes to 23. George Ofosuhene and Edmund Ackah snatched the two Premier League slots from Nana Amankwah.

In the Division One representation, Eugene Nobel Noel bagged 58 votes to edge out Felix Bewu who had 54 votes, while Emmanuel Abrokwah’s 54 votes toppled Eugene Jacquaye’s 14 and Vincent Boateng’s 43.

However, the women’s football contest failed to produce a winner after two rounds of voting ended in a deadlock with both Anita Wiredu and Edna Quagraine getting eight votes each, leading to the postponement of that particular election to a later date.