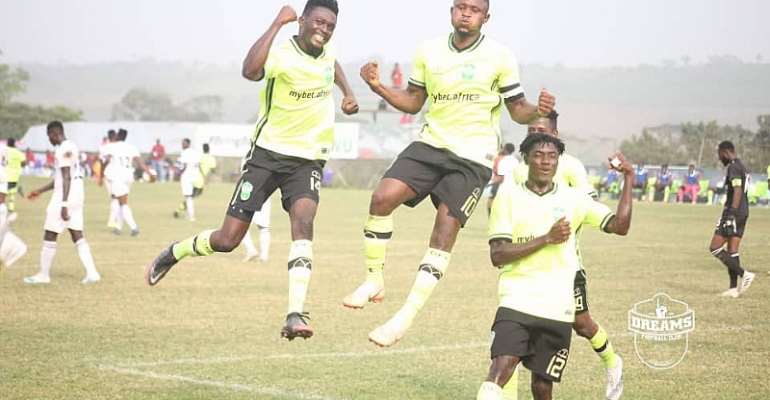 Week 10 of the Ghana Premier League produced some intriguing results at the various stadia with Legon Cities recording the big win of the week.

Legon Cities recorded their second win of the 2020/2021 Ghana Premier League season under Bashir Hayford with a thumping 5-2 victory over AshantiGold on Friday night at the Accra Sports Stadium.

Ashgold took the lead twice in the first half-but the Royals were able to restore parity before recess. The Miners in the 7th minute went ahead through Yaw Annor but Nasiru Moro equalized for Legon Cities in the 11th minute.

AshGold once again took the lead through Yaw Annor in the 32nd minute.

It seemed the first-half was going to end in the visitors' favour, however, Jonah Attuquaye scored to level his side on terms.

Former Techiman Cities and Asante Kotoko winger, Baba Mahama put Legon Cities in the lead for the first time in the game just four minutes after the break before David Cudjoe extended their lead with two goals in the 55th and 62nd minute.

On Saturday at the Berekum Golden City Park, Berekum Chelsea and Hearts of Oak played out a goalless draw.

The hosts produced a number of goal-scoring opportunities but Hearts goalkeeper, Richmond Ayi put up some superb saves to deny Berekum.

The draw means Berekum Chelsea maintain an unbeaten home record while Hearts have gone five games without a defeat.

At the Accra Sports Stadium, Accra Great Olympics were held to a goalless draw by rejuvenated and league leaders Karela United.

Karela United remain at the top of the summit with 18 points.

On Sunday at the Theatre of Dreams at Dawu, Dreams FC recorded an impressive 4-1 win over Liberty Professionals.

The hosts took the lead through Agyanim Boateng Mensah in the 37th minute before Joseph Esso doubled their lead through a penalty in the 40th minute.

Liberty pulled one back before the half-time through Daniel Antwi (44th minute).

In the second half, two goals from Agyanim Boateng (73rd minute) and Esso in the 89th minute sealed victory for the home team.

The result sees Dreams FC move into 11th position on the log while Liberty sit in 14th position.

Elsewhere, Elmina Sharks brought an end to Bechem United’s three-game unbeaten run with a late winner at the Ndoum Park.

Tahir Musah gave the hosts the lead in the 85th minute before Bechem leveled from a penalty in the 90th minute through Moro Salifu.

With the game almost drawing to an end, the referee awarded Elmina Sharks a penalty. Ishmael Hammond went on to convert the penalty which secured all three points for Elmina Sharks.

At the CapeCoast Stadium, Ebusua Dwarfs had to settle for a 1-1 draw with WAFA.

Daniel Owusu opened the scoring for the visitors in 16th minute but the home side failed to respond to.

In the 51st minute, Albert Hammond restored parity for Ebusua Dwarfs through a free-kick just outside the 18-yard box.

The first-half ended goalless as both teams failed to find the back of the net.

It seemed both sides were going to settle for a draw before substitute Prince Okraku found the back of the net late in added time (90+2) to hand all three points to the home side.

Abass Mohammed scored a brace as Medeama Sporting club handed Inter Allies their seventh defeat of the 2020/2021 season on Sunday.

There were no goals in the first half but Medeama took the lead just 6 minutes into the second-half through Abass Mohammed.

Mohammed found the back of the net again in the 64th minute to give the hosts a 2 goal advantage.

Inter Allies kept pushing for a goal and eventually found it in the 70th minute through Nafiu Suleman but it was not enough to get the visitors back into the game.

In the last game of Sunday’s action, Aduana Stars recorded a 1-0 win over Kumasi Asante Kotoko at the Accra Sports Stadium.

The first half ended goalless with both sides failing to put the ball at the back of the net.

Samuel Bio broke the deadlock to put the visitors in the lead in the 73rd minute with a sweet strike.

Bio’s goal would be enough as Kotoko were not able to find an equaliser.

The defeat means Kotoko missed the chance to climb to the summit of the Ghana Premier League table and drop to fifth place while Aduana move up to fourth.

The matchday 11 of the Ghana Premier League return this weekend at the various stadia. 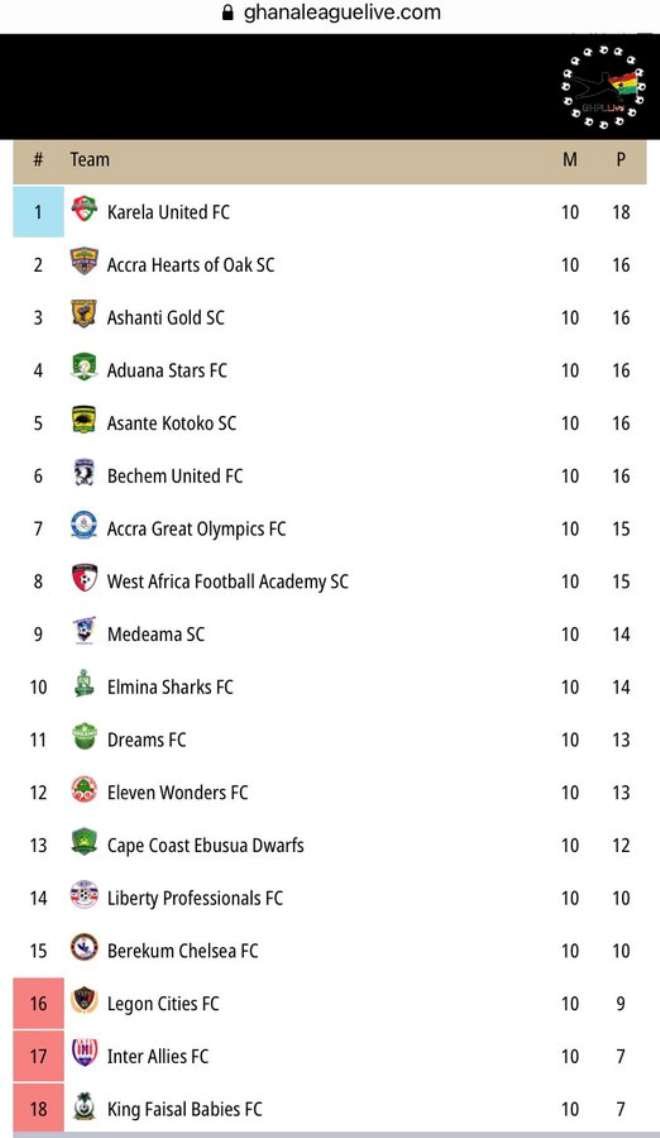