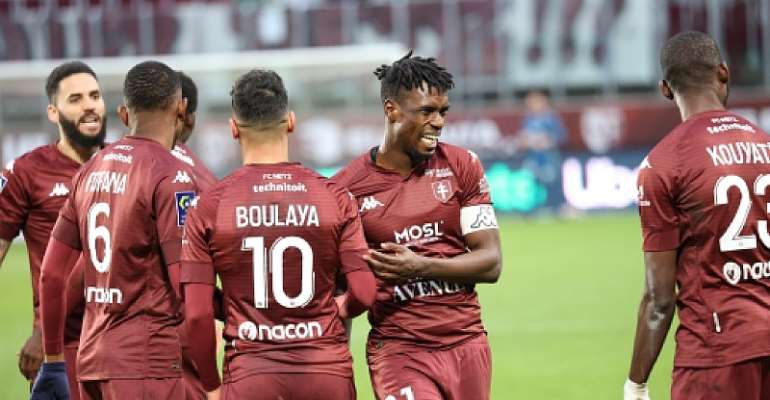 Ghana international John Boye provided an assist for Farid Boulaya to score for FC Metz on Sunday afternoon when the team defeated FC Nantes 2-0 in the French Ligue 1.

On the back of his impressive performance in recent weeks, the centre-back today earned a starting role when his team locked horns with the matchday 21 opponent at the Stade Saint Symphorien.

Putting in a good shift, John Boye excelled with his performance as he played a key role to ensure FC Metz kept a clean sheet en route to bagging the maximum points.

On the matchday, striker Aaron Leya Iseka scored in the 35th minute to shoot the home team into the lead before John Boye assisted Farid Boulaya to seal the win for FC Metz in added time of the second half.

With his stellar performance today seeing him making six clearances and four interceptions, John Boye finished with a rating of 7.5 per statistics recorded by top statistics providers SofaScore. 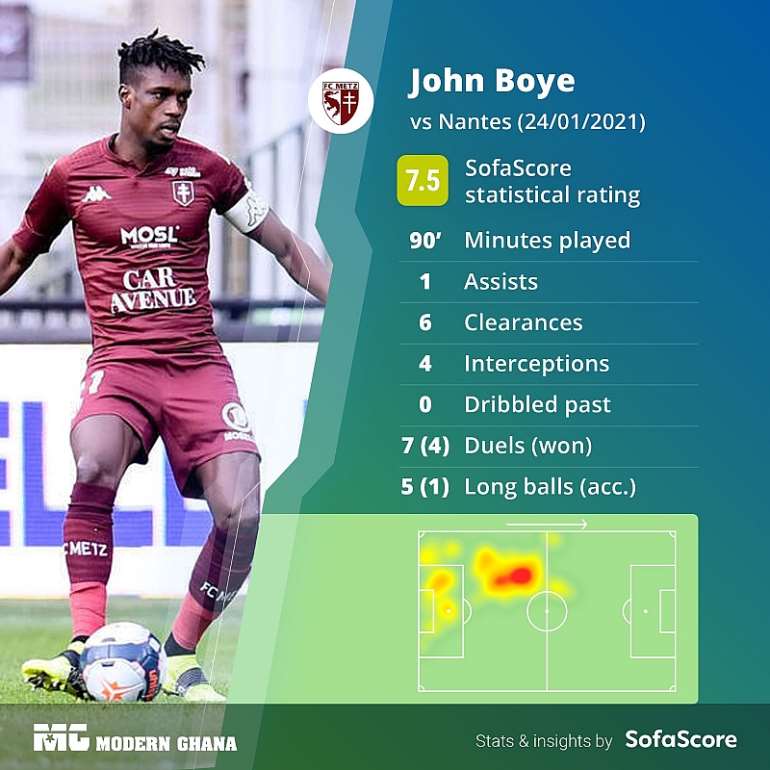 This season, the 33-year-old defender has made 19 appearances for FC Metz in the French Ligue 1 and now has one goal and one assist to his name.

He has been pivotal for the team and expected to continue playing vital roles for the team throughout the season.