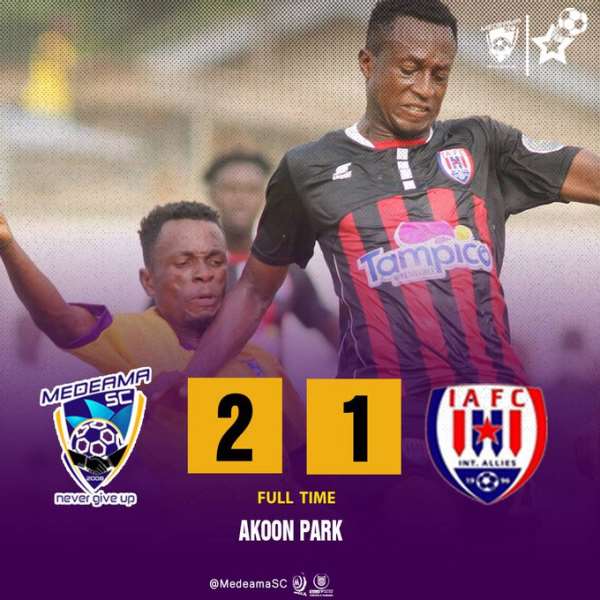 Experienced striker Mohammed Abass netted a brace on Sunday afternoon to inspire his Medeama SC side to defeat Inter Allies FC 2-1 at the Tarkwa Akoon Park.

The Yellow and Mauves hosted the Capelli Boys today to fight for three points on matchday 10 of the 2020/2021 Ghana Premier League season.

In a first half of many actions, both teams impressive but could not get on the scoresheet to have an advantage before the break.

Six minutes into the second half, Medeama SC finally had the breakthrough when Mohammed Abass scored with a striker’s effort.

Later on, the forward scored again in the 64th minute to double the lead for the home team while completing his brace.

Although Inter Allies FC managed to half the deficit in the 70th minute when Nafiu Sulemana equalized, it was not enough at the end of the 90 minutes with Medeama SC holding on to win 2-1.

The three points for coach Samuel Boadu and his players today have seen the team climbing to 8th on the Ghana Premier League standings.