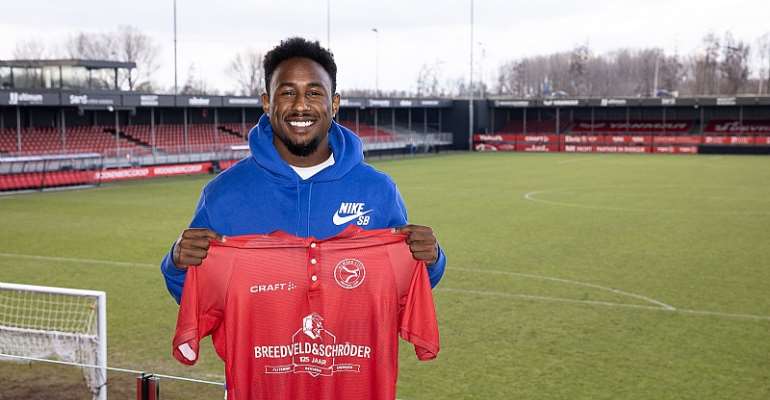 Germany-born attacker of Ghanaian descent, John Yeboah Zamora has set his sight on rediscovering his best form during his time at new club Almere City FC.

“Almere City FC has immediately strengthened itself with John Yeboah. The 20-year-old attacker is hired from Willem II for half a year. Almere City FC has also negotiated an option to buy,” an official club statement announced on Saturday.

Speaking in his first interview, John Yeboah says he can’t wait to get started and hopes to find his feet in order to be able to help the club.

“I have had a difficult six months. For me, this is a great stage to show myself from my best side again. Almere City FC is well on the map and has a great ambition. I think it would be great if I can help realize that ambition,” the 20-year-old shared as quoted on the website of Almere City FC.

In the past, John Yeboah played for VfL Wolfsburg and VVV Venlo.

Don’t blame your defeat in court on Jean Mensa – Ayikoi Otoo...
38 minutes ago