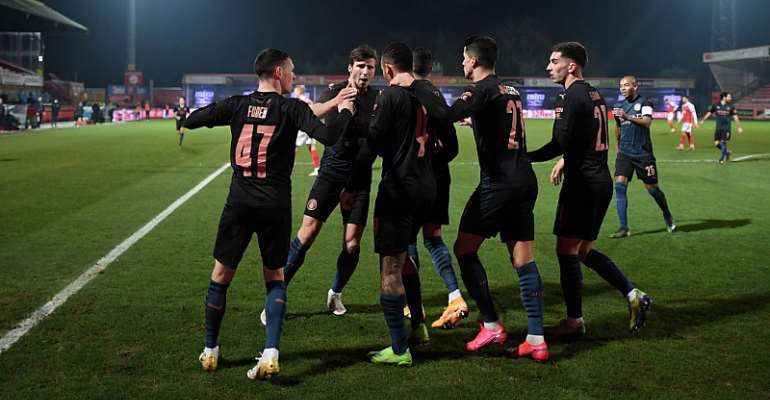 Late goals from Manchester City's Phil Foden, Gabriel Jesus and Ferran Torres turned around what looked like being one of the biggest FA Cup upsets of all time against Cheltenham Town.

The League Two outfit took the lead just before the hour mark when City failed to deal with Ben Tozer's long throw and Alfie May nipped in to divert the ball into the roof of the net.

The lead held until nine minutes before the final whistle when City's lone shining star Foden ghosted in at the far post to divert home Joao Cancelo's cross.

Three minutes later the tie was decided in City's favour when Jesus was found alone in the centre of the box by a long chipped ball from Fernandinho and the striker controlled sublimely before tucking away calmly. Torres made sure of City's place in the fifth round in injury time.

City will travel to South Wales to face Swansea in the next round.