GHPL: Hearts of Oak move to second after drawing against Berekum Chelsea 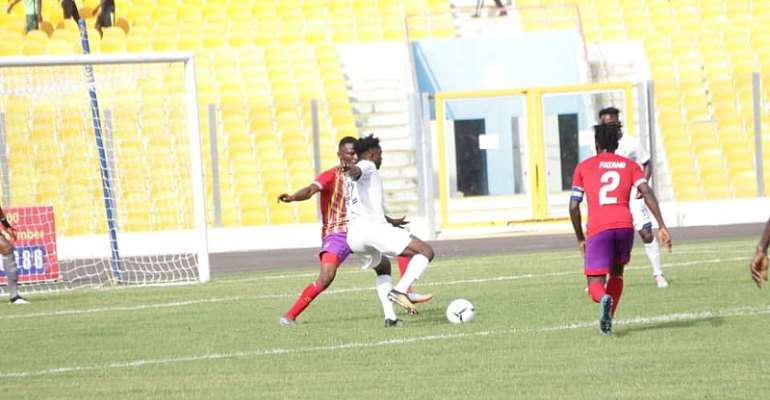 Hearts of Oak have climbed to second on the Ghana Premier League table after drawing goalless with Berekum Chelsea on Saturday afternoon.

The Phobians today locked horns with the matchday 10 opponent at the Berekum Golden City Park to challenge for the available three points.

With a strong starting eleven, Hearts of Oak enjoyed a fair share of possession in the first half but could not make use of the few chances that came their way.

For the home team, Berekum Chelsea played some delightful football in moments of the second half but lacked the cutting edge to hurt the visitors.

Eventually, with neither side finding the back of the net at the end of the 90 minutes, Hearts of Oak and Berekum Chelsea have shared the spoils with both teams earning a point apiece.

The latest result sees the Phobians moving from fifth to second on the Ghana Premier League table.

The capital-based club could however be overtaken by Asante Kotoko or Bechem United should the teams win their matches on Sunday.

Don’t blame your defeat in court on Jean Mensa – Ayikoi Otoo...
49 minutes ago