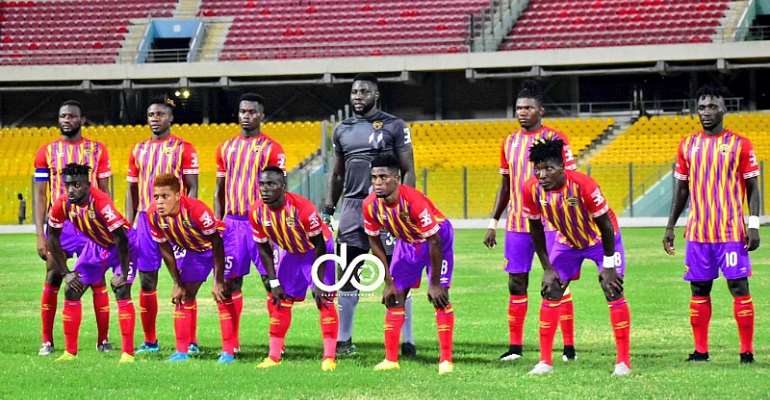 Hearts of Oak head coach Kosta Papic has named a strong starting eleven for the match against Berekum Chelsea in the Ghana Premier League today.

Nicknamed the Phobians, the capital-based club is hosting the matchday 10 opponent of the season at the Accra Sports Stadium this afternoon booming with confidence to pick up the maximum points.

Ahead of kick-off, Coach Kosta Papic has made one change to the first eleven that defeated Eleven Wonders 2-0 in the last outing.

Winger Dominic Eshun steps in for Abdul Manaf who is serving a one-match suspension as a result of yellow card accumulation.

Goalkeeper Richmond Ayi starts with protection from a familiar back four as William Denkyi partners Frederick Ansah Botchway in midfield.

In attack, there is Victor Aidoo and Daniel Afriyie Barnieh who have been tasked to get in the goals for Hearts of Oak this afternoon.

Check out the full first eleven of the Phobians for the Berekum Chelsea match below.