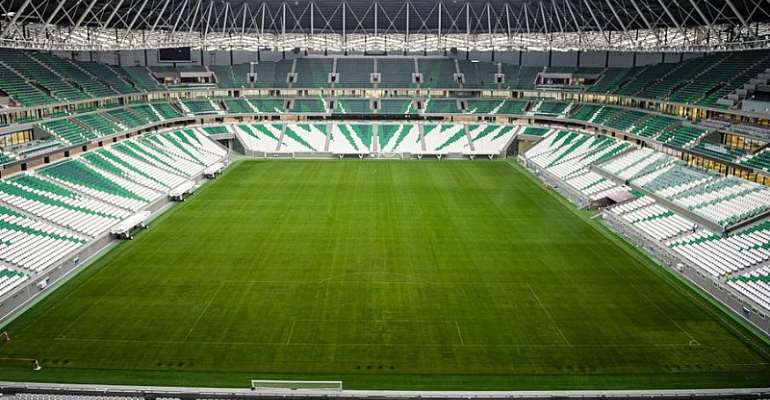 The Club World Cup will be staged with strict measures to combat the spread of Covid-19, the Qatari organisers said on Saturday less than two weeks before the tournament which will be closed to overseas fans.

It is due to get underway on February 4 with spectator numbers capped at 30 per cent of capacity at each of the two 40 000-seat grounds which will host games.

"Fans will have to undergo rapid PCR or antigen tests up to 72 hours before each match. If it comes out negative they are allowed to receive their ticket," said Abdulwahab al-Musleh, sports affairs adviser to Qatar's health ministry.

Social distancing, mask-wearing and use of Qatar's contract tracing app and sanitiser will be mandatory, he added, during a media briefing in Doha.

International fans will be unable to attend because of Qatar's virus mitigation measures, and there will be no public events including fan zones.

Qatar's coronavirus cases are steadily ticking up, with 59.5 new cases per 100 000 people in the past week, up 15 per cent on the week before.

The death rate is very low and cases remain fewer than many other countries in the region.

"This slight increase means we won't raise the capacity beyond 30 per cent," said Musleh who added the new variants of coronavirus are likely already in Qatar.

Following a cluster of cases in the Saudi Al-Hilal team during the AFC Champions League at the end of last year, Musleh said that "several measures to prevent that recurring" had been taken.

On January 15 Auckland City withdrew from February's tournament, because of the Covid-19 pandemic and related quarantine measures required by the New Zealand authorities.

Fifa said it would work with the Qatari authorities to provide "the safeguards required to protect the health and safety of everyone involved in the competition".

The first-round match will no longer take place and Al Duhail will begin the competition in the second round. The competition format remains otherwise unchanged.

Matches will be held at Qatar's recently inaugurated Ahmad Bin Ali and Education City stadiums, important test fixtures ahead of the 2022 World Cup.