FLASHBACK: When Kotoko CEO described 'sacked' Muniru Sulley as the best passer of the ball 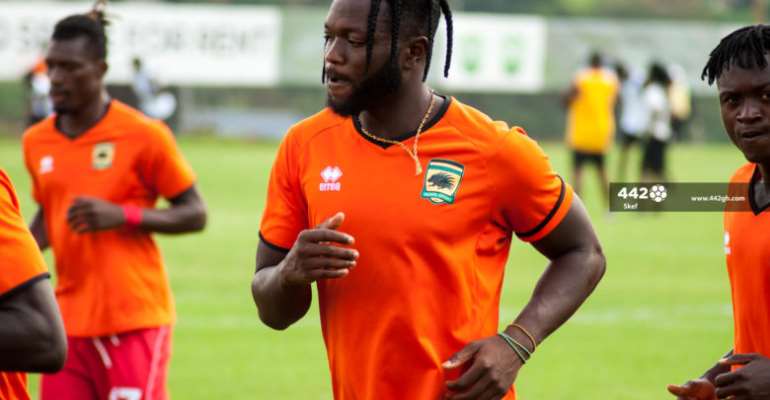 Asante Kotoko have shockingly terminated the contract of Muniru Sulley with immediate effect.

The termination does not come with any financial obligations to the player, and Kotoko also disclosed that Muniru, was never paid a salary or signing on fee during his short spell with the club. 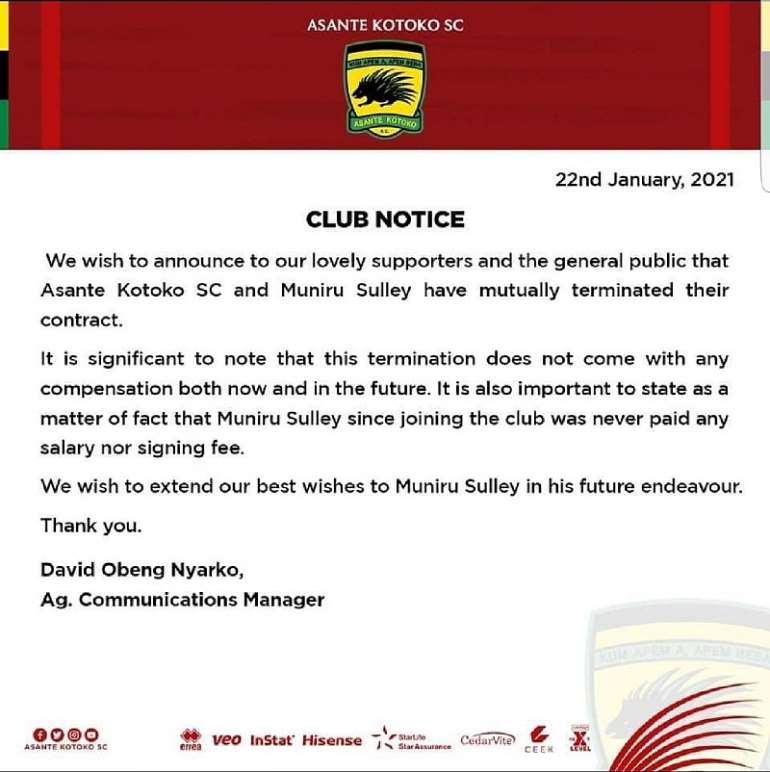 The 28-year-old joined Kotoko back in November 2020 and made only four appearances for the club during his stay.

Muniru's arrival at the club attracted a lot of questions from the fans and the media.

He failed to impress in all his four matches he played for the club.

But Chief Executive Officer of the club, Nana Yaw Amponsah, in an interview justified the signing of the midfielder despite the criticisms.

He further described him as the best passer of the ball after failing to sign Justice Blay permanent from Medeama SC after his loan spell with the club.

"Because we couldn't sign Justice Blay, we settled on signing Muniru Sulley whose resale value is around $500,000," he told Kumasi based Oyerepa FM.

"He has played in the Ghana League, Romania, Belarus, Portugal etc.

"I watched him against Manchester City and he was fantastic.

"When I spoke to him about the Kotoko project, he was convinced and he realized that it will be a good option for him to play for the club as well.

"Considering Muniru Sulley's matches I have watched, he is the best passer," he added.

We don't want 'trumu trumu' or animal love here; LGBT is not...
24 minutes ago