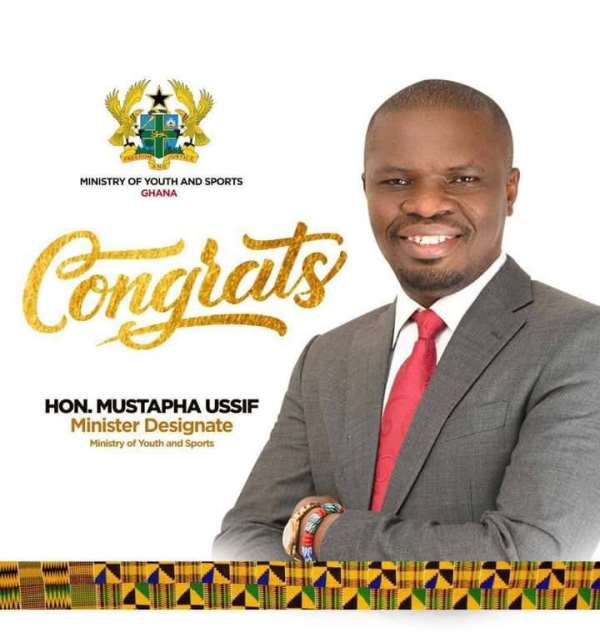 A former Member of Parliament (MP) for the Yagaba-Kubori Constituency, Hon. Mustapha Ussif has been nominated to serve as the Minister for Youth and Sports in the second term of President Nana Akufo-Addo.

The President of the Republic in a letter from his office sent to Parliament has confirmed the news today.

The Minister for Youth and Sports designate is expected to be vetted and will see his appointment confirmed when he passes.

If he does, Hon. Mustapha Ussif will replace Hon. Isaac Asiamah who in the first term of President Nana Akufo-Addo served as the Minister for Youth and Sports.

The former Sports Minister under his watch supervised the construction of a number of stadia in ten of Ghana’s 16 regions. Although they are not completed, some are at the final stages of completion and can be used.

The Minister-designate will be expected to oversee the completion of those facilities and ensure sports sees significant development during his tenure.

Mustapha Ussif, 41, is a member of the New Patriotic Party (NPP) and in the past has served on a number of committees in Parliament