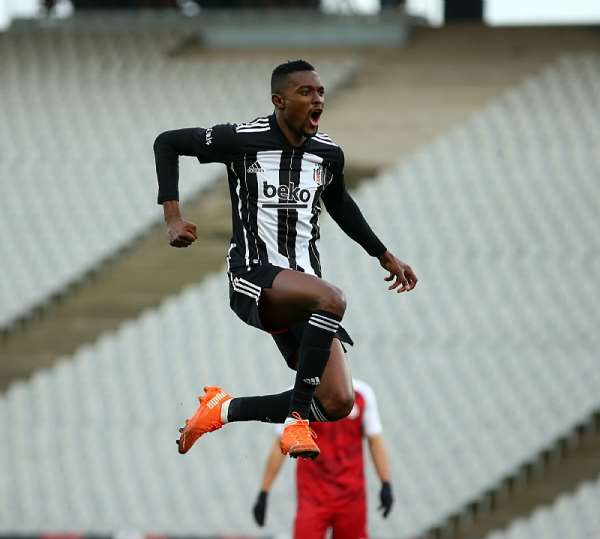 Ghana international Bernard Mensah put up an outstanding performance on Thursday afternoon as he netted a brace to propel Besiktas to defeat Fatih Karagumruk 4-1.

The highly-rated midfielder today earned a starting role to help his team chase three points when they made the trip to the Vefa Stadium to take on the matchday 19 opponent.

With a stellar performance in the first half, Bernard Mensah was hugely involved when striker Vincent Aboubakar scored in the 44th minute to give Besiktas the lead before the break.

Five minutes into the second half, the Ghana asset found the back of the Fatih Karagumruk net with a striker’s effort having gone on a solo run.

Later in the 70th minute, Bernard Mensah scored his second of the afternoon to complete his brace while sealing what eventually ended as a massive 4-1 away win for the Black Eagles. 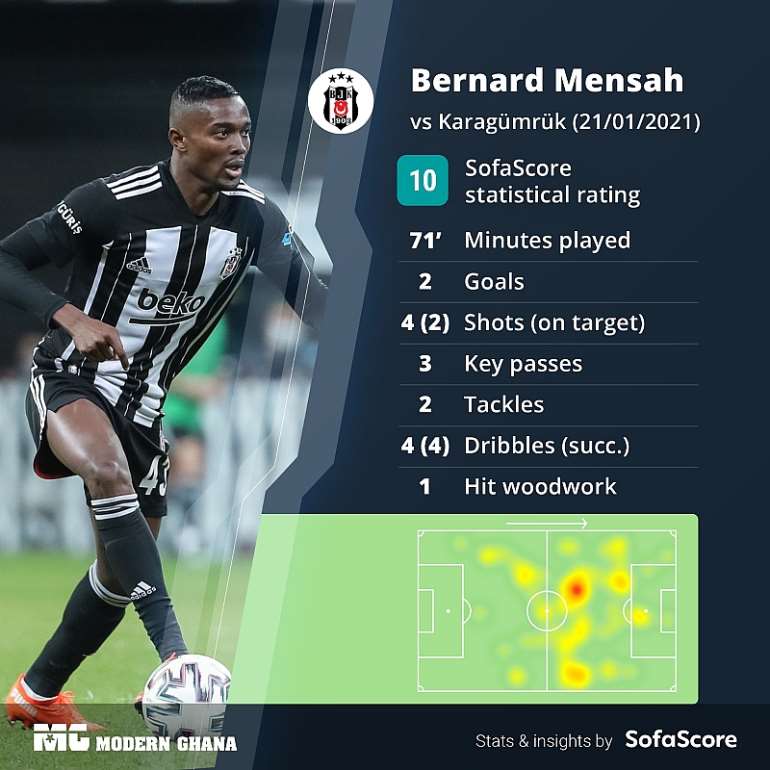 On the matchday, Cyle Larin scored the third goal for Besiktas while a penalty kick converted by Fabio Borini served as the consolation goal for Fatih Karagumruk.

Today’s brace means that Bernard Mensah now has four goals and one assist this season in the Turkish Super Lig having made 17 appearances.

Manual on COVID-19 vaccination being developed for public se...
43 minutes ago