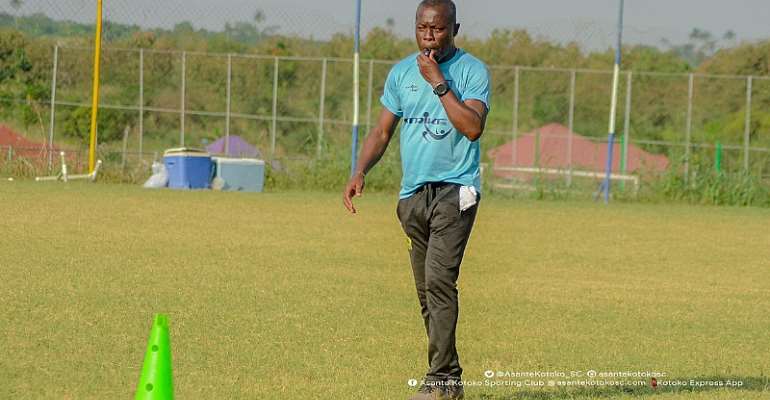 The interim head coach for Asante Kotoko, Coach Johnson Smith says he is focused on doing his best to help the club in the new role.

The Porcupine Warriors club in December 2020 announced the sacking of Coach Maxwell Konadu while directing assistant Johnson Smith to take over until a new head coach is appointed.

Since taking over, the gaffer has managed to revive the season of Asante Kotoko with the club now back in the race to winning the Ghana Premier League season at the end of the campaign.

Opening up on the interim head coach role at the club, Coach Johnson Smith says he has no problem and is content with the role.

“I am not worried at all. I am focused on doing my best for the club and make sure we achieve our mandate. Everyone has seen the work we are doing so I am not worried about being in this situation,” the former Karela United coach told Asempa FM.

Speaking on Asante Kotoko's recent top form, Coach Johnson Smith has refused to take all the credit. He however lauds his players for playing to his instructions and getting the results.

“I must commend the players for being discipline and always playing according to instruction.

“They know what I am expecting from them on the pitch and they execute it perfectly. I can’t do it without them,” Coach Johnson Smith added.

With the recent good run in the Ghana Premier League, Asante Kotoko now sits third on the table with just one point behind leaders Karela United.

We were not bribed to approve Akufo-Addo's ministers – Harun...
20 minutes ago

I got covid-19 from chaotic Parliament, I nearly died – Adak...
20 minutes ago