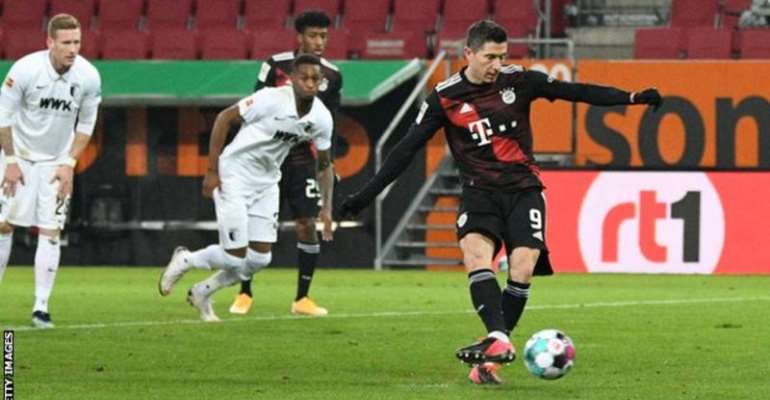 Robert Lewandowski kept up his scoring streak with a penalty as champions Bayern Munich stayed four points clear at the top of the Bundesliga.

Augsburg could have shared the points but Alfred Finnbogason hit the post with a spot-kick of his own.

Lewandowski was cool from the penalty spot to reach 22 league goals - a record at the halfway stage of a Bundesliga season.

Bayern were far from their best in the second half and should have been punished when France defender Benjamin Pavard handled a cross but Iceland striker Finnbogason hit the base of the post.

The leaders' closest challengers are RB Leipzig, who beat Union Berlin 1-0 to climb back above Bayer Leverkusen into second place.

OccupyGhana welcomes Yao Domelevo back to office
49 minutes ago