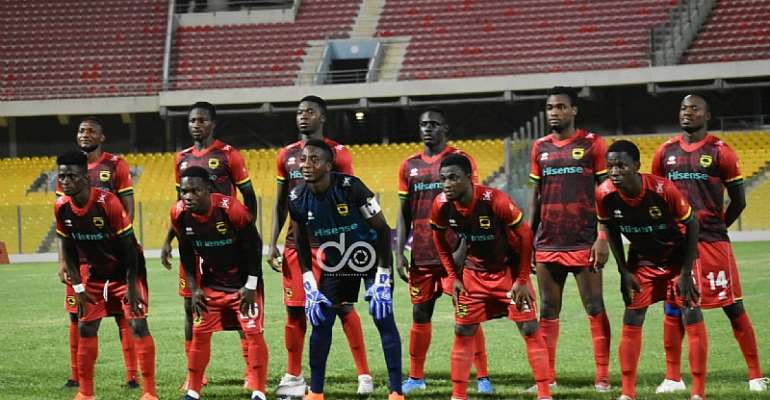 The forward has two goals from his last two matches and remains an integral member of the Kumasi-based team.

This afternoon, Asante Kotoko is going up against Ebusua Dwarfs at the Cape Coast Stadium to clear an outstanding match in the 2020/2021 Ghanaian top-flight league season.

The team has goalkeeper Razak Abalora between the sticks with the likes of Habib Mohammed, Ismail Ganiu, and Imoro Ibrahim playing in the defense.

Brazilian midfielder Fabio Gama has been handed a big role in midfield and will be expected to create chances for striker Kwame Opoku to find the back of the net.

Check out the Asante Kotoko starting eleven below: 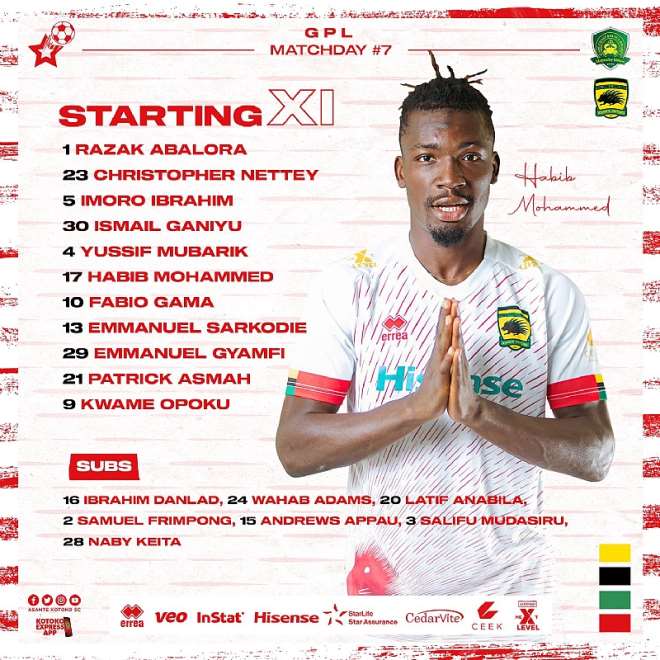