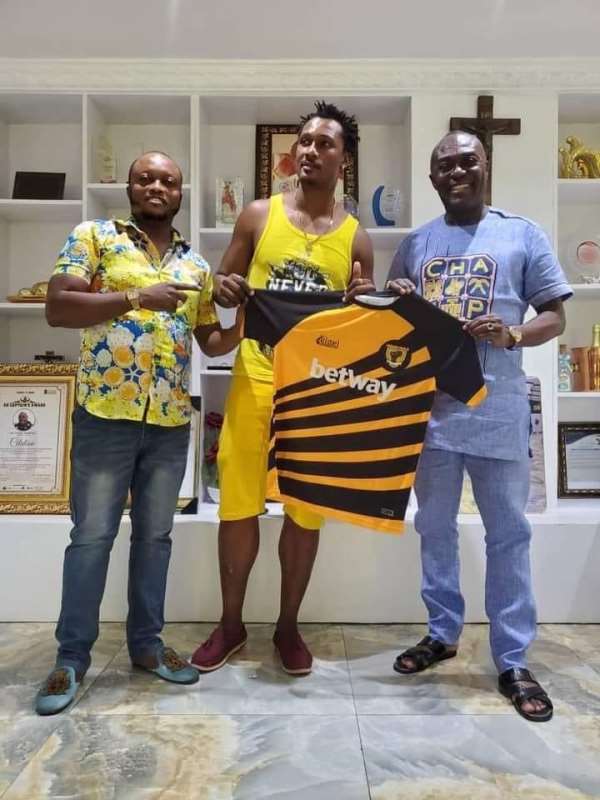 Ashanti Gold SC has completed the signing of striker Michael Boakye to strengthen its squad for the ongoing 2020/2021 Ghana Premier League season.

The Miners have since the start of the season played with experienced forward Hans Kwofie as the main striker.

Although he has helped the team with goals, the club believes he will need assistance if they want to go on to win silverware at the end of the season.

On the back of successful talks, Ashanti Gold SC has this weekend sealed the signing of Michael Boakye.

The 27-year-old striker according to sources has signed a two-year-year deal with the Obuasi-based club and will be registered when the Ghana FA opens the second window next month.

The new striker in the past played for Al Shorta Qadarif in Sudan and will be expected to add to the quality of the team.

This season, Ashanti Gold SC has amassed 16 points from nine matches in the Ghana Premier League and as a result, sits third on the table.