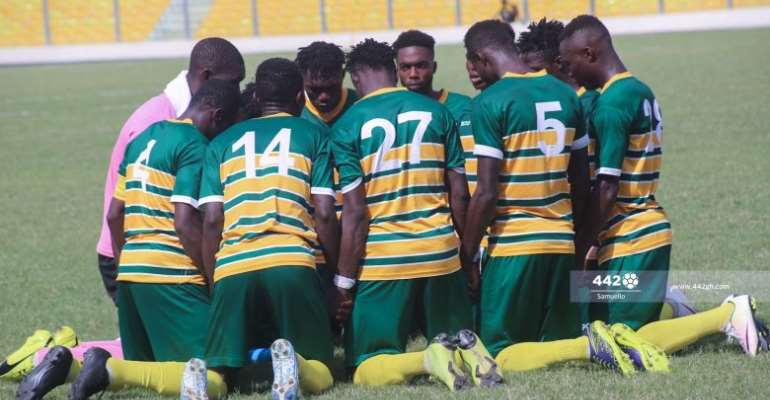 The Mysterious club are sitting on the 11th position with 11 points after eight matches played.

But head coach of the side, Ernest Thompson says despite their torrid start of the season, the club is targeting a top-six finish.

"Our target is to be in the top 6 at the end of the league. That's it and we will keep maintaining it," he told Hello FM.

"For now, you can't stick your neck out to say a particular team will win the league.

"Every team is a contender looking at the league log the points are close.

"So, for now, you can't say this team will win, we still have a long way to go. 25 matches left and I think those in the relegation zone can even climb up," he added.

Dwarfs will host Asante Kotoko in an outstanding game at the Cape Coast Stadium today at 3pm.