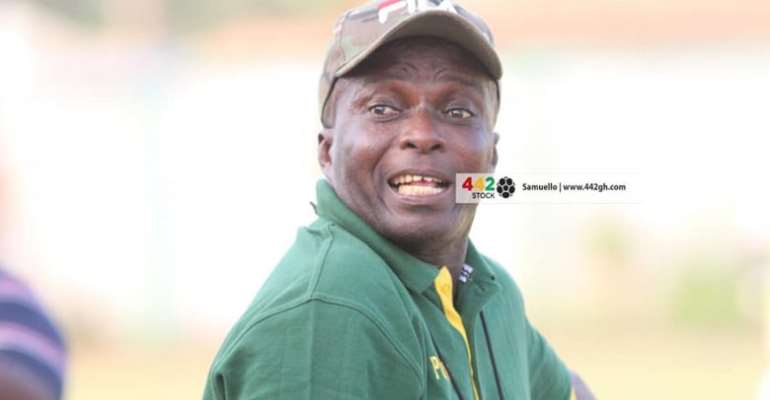 Ebusua Dwarfs coach, Ernest Thompson says he is confident about his side's chances against Asante Kotoko.

The Cape Coast-based side will host the Porcupine Warriors in an outstanding game this afternoon at the Cape Coast Stadium.

Dwarfs have been on a good run in the ongoing Ghana Football season and after coming back to beat Liberty Professionals, Thompson in an interview reiterated that he is confident his side will emerge as winners.

He stressed that they will approach the game like any other game.

"We are approaching this game just like any other league matches. We have played against other teams and Kotoko is one of the Ghana Premier League clubs. So we're preparing in the same way just like we did against the rest," he told Kumasi based Hello FM.

"It's not special preparation. It's a normal game because the two teams will parade eleven players each.

"The one who gets his tactics and systems right on the day carries the day. And playing at our favourite backyard I think we start as favourite to pick the points than Kotoko.

"We're not writing Kotoko off because it's a good side. I know it is going to be a difficult game. We're not going to relent on our efforts. We're going to fight for 90 minutes and we hope all things go in our favour," he added.