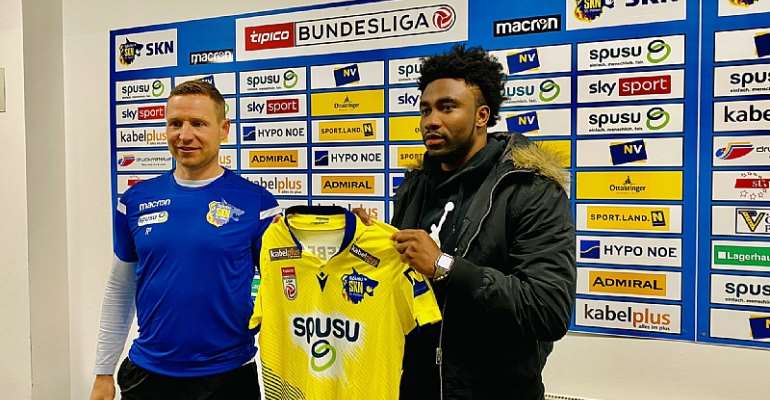 Ghana international Samuel Tetteh has expressed his excitement after sealing a loan move to SKN St. Polten for the rest of the 2020/2021 football season.

The talented forward at the end of the 2020 MLS season returned from his loan spell at New York Red Bull to Austrian Bundesliga giants Red Bull Salzburg.

In a bid to ensure he gets to play regularly in the remainder of the ongoing European football season, Samuel Tetteh has today completed another loan move to SKN St. Polten.

Reacting to his latest move, the Black Stars asset is rearing to begin the new chapter of his career and has noted that he is delighted to have joined the club.

“Happy to be here. New Chapter let's go,” Samuel Tetteh said in a post on his Twitter page.

The move to SKN St. Polten means Samuel Tetteh is now going to play for his fourth club in Austria having featured for Liefering and LASK Linz in the past.