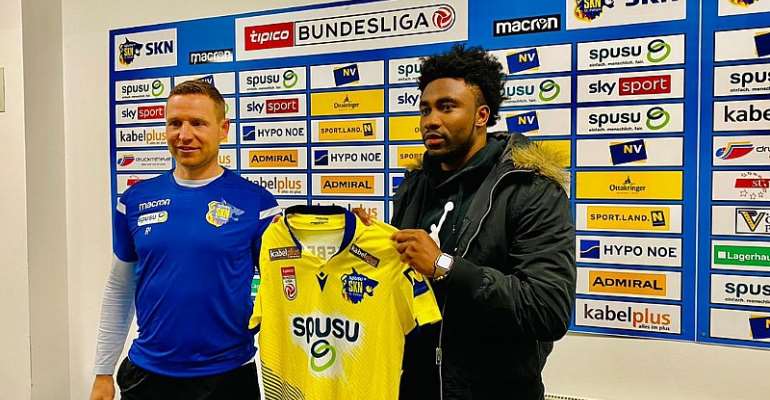 The Sports Director at SKN St. Polten, Georg Zellhofer says the club is delighted with the signing of winger Samuel Tetteh.

The Austrian Bundesliga club on Tuesday sealed the signing of the Ghana international on loan from Red Bull Salzburg for the rest of the 2020/2021 football season.

“Our spusu SKN St. Pölten has become active again on the transfer market and has strengthened its offensive department for the spring season: The Wolves secure the services of Samuel Tetteh, who is on loan from FC Red Bull Salzburg to the Traisen,” the club announced in an official statement on their website today.

Speaking on the latest acquisition, SKN St. Polten Sports director Georg Zellhofer has shared that the qualities of the attacker will be of massive importance to the team for the rest of the season.

“We wanted to be even more unpredictable for the upcoming tasks on the offensive. With Samuel we have now found a player who, with his technique and speed, has the attributes we were looking for,” he said.

Georg Zellhofer continued, “In addition, he has already proven his skills in the league several times. Therefore we are happy that we can welcome him to our ranks until the end of the season.”