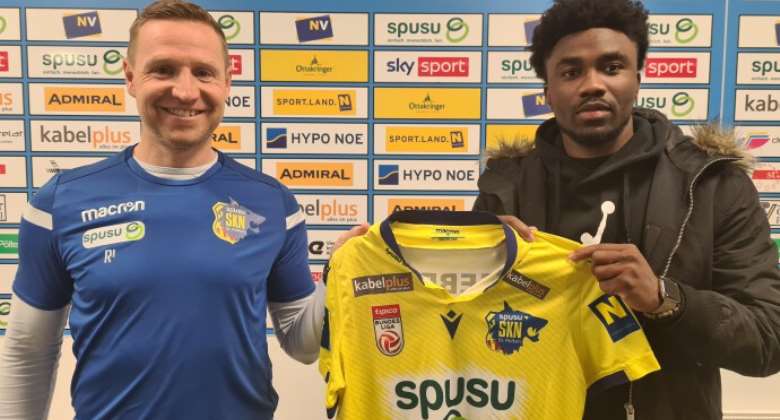 The Wolves secure the services of Samuel Tetteh, who is on loan from FC Red Bull Salzburg to the Traisen.

The loan contract with the 24-year-old who has so far scored 16 goals and 11 assists in 66 Bundesliga games and was most recently active with the New York Red Bulls, runs until the end of the season.

Sports director Georg Zellhofer: “We wanted to be even more unpredictable for the upcoming tasks on the offensive.

"With Samuel we have now found a player who, with his technique and speed, brings the attributes we were looking for. In addition, he has already proven his skills in the league several times. Therefore we are happy that we can welcome him to our ranks until the end of the season.“

Tetteh after completing his loan expressed his excitement and wrote, "Happy to Be here. New chapter let’s go. #GodIsTheReason @SKNStPoelten."

Galamsey fight: It’s not just a talk show, we’re making sure...
6 hours ago

When your husband cheats, offer him good sex and food – Coun...
7 hours ago