Why Lampard must be given time at Chelsea 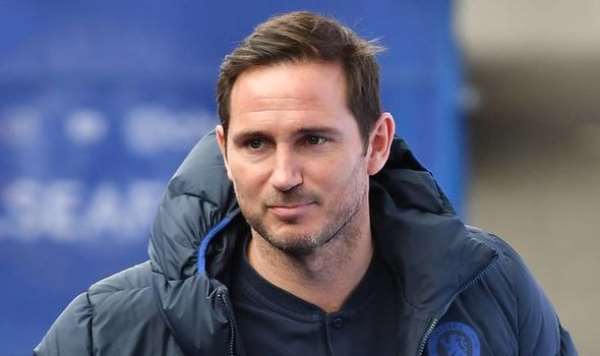 They knew he was only in his second year as a manager when he joined the club so at some point, there was going to be a period when there were challenges.

This is one of those periods, with Saturday's gritty 1-0 win over Fulham only their second Premier League victory in seven games. And on Tuesday they travel to in-form Leicester City, who are third in the table, four places and six points above the Blues.

When Lampard came in there wasn't any expectation. He had a smaller squad, he had lost Eden Hazard and there was a transfer ban. He could only work with the group of players he had.

That only got them so far. In order to compete, they needed to invest more money in better players. Lampard has done that - so now there is definitely a different expectation.

When you are given a war chest, there's a demand to get results. Expectation shifts but sometimes it doesn't happen as quickly as you would like. You have to be patient, believe in that someone and trust they will come through in the end.

When Manchester City manager Pep Guardiola came in, he spent a load of money but didn't win anything in his first season. It takes time to add culture.

The players Lampard has brought in are young and from abroad, and they need time to adapt to the Premier League and a Covid-19 world.

It's been such a tough year for everybody but in a football context, you can see how it might have affected performances - some of them have suffered from illness, they can't see their friends and they can't see their families so it's completely unfamiliar territory. So are we being a little bit harsh? Yes, I think so.

Every team has had peaks and troughs this season, but everybody is having them at different periods.

Manchester City picked up just two wins from their opening five league games, while Manchester United suffered defeats by Crystal Palace and Tottenham at the start. Liverpool are going through a little bit of a tough period now. Chelsea just need to come through theirs.

Lampard hasn't had time yet to embed these new players and allow them to fit in because he had a much shorter pre-season.

Everybody else has had the same issues but the managers at the other big clubs have been there longer so already have a culture built.

Guardiola (February 2016) and Liverpool's Jurgen Klopp (October 2015) have had several seasons with their teams, while Manchester United's Ole Gunnar Solksjaer and Leicester's Brendan Rodgers were both brought in for the second half of the 2018-19 seasons.

People might say Lampard has stuck with those news signings for too long. But is he the first manager to do that in an attempt to give those players confidence? No. Did Sadio Mane and Kevin de Bruyne get into teams and rock the world at the start? Probably not.

Last season, I saw snippets of Lampard's style that I liked. He introduced the young players and installed that belief in them. His side were playing football through the thirds, on the floor and getting into good areas out wide. I like his attack-minded intent.

My concern was that sometimes they were too open. Chelsea felt more likely to win a game 4-3 than see one out at 2-0. Set-pieces were an issue too, but that is something they have improved on this season.

Chelsea dominate games now, and they create chances, but they still don't take them as well as other teams. They are missing a cutting edge, a ruthlessness and a winning mentality which other sides around them have shown.

Those teams that win titles know what their best XI is and have consistency with that. Lampard hasn't really had that.

When he gets that consistency, it's then about bringing those young players and that new talent together to get a winning mentality. That's the hardest bit but it's part of the process.

It needs time and Lampard should be given it.

Modern Ghana Quote Reports
Catch up with all the political quotes from our politicians.
Sponsored
More Opinion
Modern Ghana Links
What at all is wrong with Accra Hearts of Oak?
How Akufo-Addo-led government impacted Ghana Sports by creating sports facilities while transforming existing ones
The footballer raped and murdered for being a lesbian
FEATURE: Stepping into the big shoes of their fathers, meet talented Jacob Kingston and Rodney Appiah
My Jerry John Rawlings’ experiences: How fleeting this life here on earth…
FEATURE: How Gladson Awako turned around his career
Hon. Mustapha Ussif: The Consummate Administrator who has won President Akufo-Addo’s trust to lead his 2nd term sports agenda
Jerome Otchere writes: Kotoko: Confronting the bitter truth
Mourinho’s Masterclass Against Pep, A Sign Of A Trophy In The Offing?
Quote Reports Dossiers
TOP STORIES